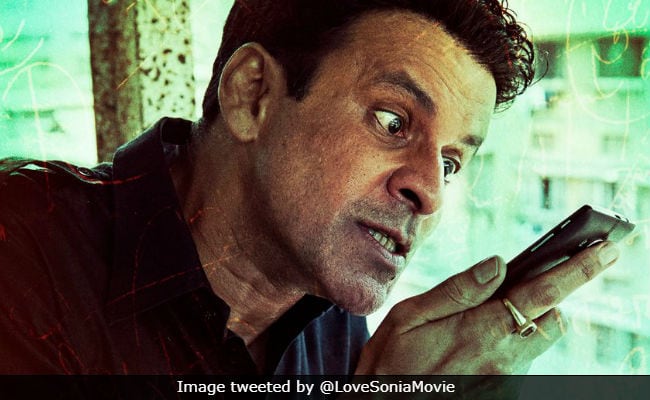 Actor Manoj Bajpayee, who stars in upcoming film Love Sonia, told news agency IANS that he hopes the Central Board of Film Certification clears the film for release in India without any edits. The film based on women trafficking has toured and returned from several international film festivals with critical acclaim and accolades. Speaking to IANS, Manoj Bajpayee said: "Love Sonia is based on women trafficking and I hope our Censor Board passes that film as soon as possible and for that, I would like to urge the censor board to not cut any portion of that film because women trafficking is a very big issue of our society and it's a horrific crime." Love Sonia is slated for September 14 release.

"I think if Love Sonia will be released without any cuts then whoever will watch it, he or she will get affected and disturbed by the subject of the film. It will make the audience think about that issue so it is necessary to release this film without any cuts so that people will know about women trafficking where small girls are being forced into prostitution," Manoj Bajpayee added.

Manoj Bajpayee told IANS that those who've seen the film at the International film festivals in London and Melbourne, liked it. "I remember when Demi Moore (who stars in Love Sonia) watched this film in Los Angeles, she wasn't able to speak for two to three hours after watching it. So that kind of impression... this film leaves on the mind of the audience," he said.

Love Sonia was named the Best Indie film at the Indian Film Festival of Melbourne while actress Richa Chadha, who plays the role of a brothel owner in the film, won Best Supporting Actress prize.

The trailer of Love Sonia for India will release tomorrow, while these character posters from the film put it on the trends list today: