Lisa Ray On Being 'Haunted' By Her Sex Symbol Status

"A lot of people will understand how I have this ambivalent relationship with my career, how I am an accidental actress," said Lisa Ray 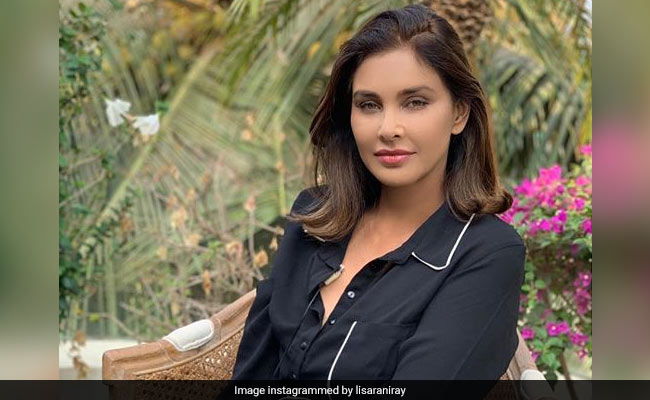 Lisa Ray says she does not like being boxed into a certain identity and this is why being known as a sex symbol at the age of 16 still haunts her.

The actor, who released her memoir Close To The Bone, hopes people will understand her better after reading about her journey.

Bringing #ClosetotheBone close to the earth, interrogating our past desires and meeting that which is timeless and emotive. A beautiful image of @closetothebone.book shared by reader @deepthEYE

"I hate to be labelled and put into boxes but I had to deal with it since a young age because I was a sex symbol at the age of 16. It was completely unanticipated. To suddenly become this figure for an entire nation and on top of that, to look much older, that has haunted me my entire life up until now," she told reporters.

The model-actor, who overcame multiple myeloma, a cancer of the white blood cells, said the book should not be read just as a cancer memoir because it gives a glimpse into her journey right from the beginning of her fame. "A lot of people will understand how I have this ambivalent relationship with my career, how I am an accidental actress, how I always had one foot in and one foot out of it and how I believe that I have been underestimated only because of the way I look. Although, I don't believe they shouldn't be at odds with each other."

Now available all over India including @titlewavesbandra @closetothebone.book - great display. (Close to @ithinkfitness so drop in post workout!) Bandra readers- please support bookstores; our temples and cathedrals of words, imagination and reading @harpercollinsin

The Indo-Candian actor, 47, said while at the peak of her career, she was grappling through a personal tragedy as her mother had met with an accident, leaving her wheelchair-bound.

"I understood at a very young age - I was 16 then - that all the aspects that you call success -- name, fame and money -- they don't solve the questions of the soul. So, my ambitions became different. My goal wasn't to become famous. That explains a lot of my choices, all the projects I said no to because I really understood that my answers were not waiting at the end of it."

Lisa, who featured in films like Water and Kasoor, said a part of her would have been "extinguished" by "conforming to mainstream standards. The actor said Close To The Bone, published by Harper Collins, may have begun as a starting point to talk about her disease but it gave her a chance to talk about her life.

"I do cover my cancer experiences but that come much later. Having said that, cancer was the launching pad for writing this memoir because initially that's why I was approached to write this... "When I sat down and thought about it, I realised that I couldn't write about my disease in isolation from the rest of my life because everything is connected with what came before."