Liger To Release On OTT? A 200 Crore Deal Is "Too Little": Vijay Deverakonda Busts A Rumour

In February, the makers of Liger revealed that the film will release in cinemas worldwide on September 9 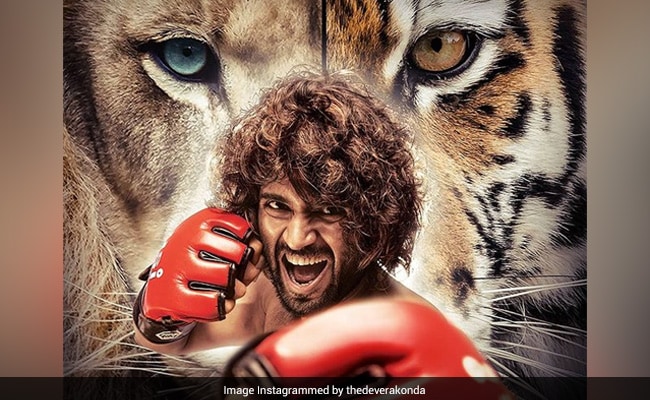 Vijay Deverakonda on a poster of Liger (courtesy thedeverakonda)

Is Vijay Deverakonda and Ananya Panday's much talked about movie Liger headed for a digital release? Not really, says the south superstar. Vijay Deverakonda recently spotted a speculative report about Liger's release format and dismissed it in a tweet. The report stated that the makers of Liger are currently considering a ludicrous deal of Rs 200 crore for a digital release and also for its satellite rights in all languages, hinting that Liger may premiere on an OTT platform. Without saying much, Vijay Deverakonda set the record straight in these words: "Too little. It'll do more in the theatres."

Too little.
I'll do more in the theaters. pic.twitter.com/AOoRYwmFRw

In February, the makers of Liger revealed that the film will release in cinemas worldwide on September 9. "Packing a punch in a theatre near you on September 9, 2021! The worldwide theatrical release of Liger in a language of your choice - Hindi, Telugu, Tamil, Kannada and Malayalam," wrote Ananya Panday, who co-stars with Vijay Deverakonda in the movie. Whether the film's schedule has been delayed by the second wave of the pandemic is still not known as no new release date has been announced yet.

Directed by Puri Jagannadh, Liger it will be produced by Karan Johar's Dharma Productions along with Charmme Kaur. Liger's release in Hindi will mark Vijay Deverakonda's Bollywood debut while it will mark Ananya Panday's debut in Telugu, Tamil, Kannada and Malayalam cinema.

Speaking of Liger, Vijay Deverakonda had earlier told news agency PTI, "I've started shooting for my first pan-Indian film with Puri Jagannadh. It's a project that required me to undergo drastic physical transformation and I've been working non-stop to pull off the character. I play a fighter and the role required me to learn mixed martial arts."