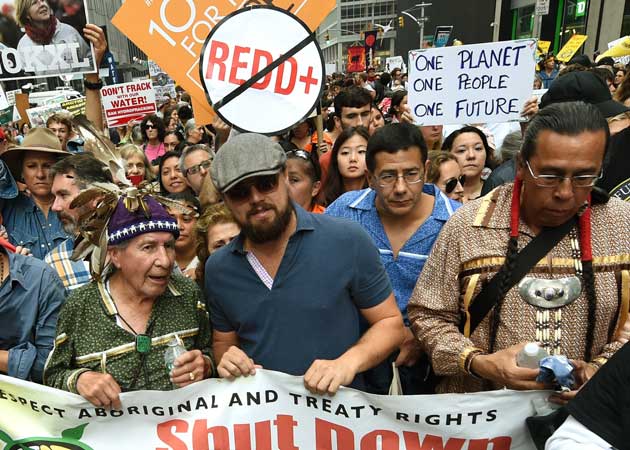 Leonardo was one of the many celebs who walked alongside activists at the New York March. Image: AP

Tens of thousands of activists walked through Manhattan, warning that climate change is destroying the Earth - in stride with demonstrators around the world who urged policymakers to take quick action.

Most came on foot for the Sunday march, others with bicycles and walkers, and some even in wheelchairs. Many wore costumes and marched to drumbeats. One woman played the accordion. (Also Read: Leonardo also won the Clinton Global Citizen Award)

But their message was not entertaining:

"We're going to lose our planet in the next generation if things continue this way," said Bert Garskof, 81, as a family member pushed his wheelchair through Times Square.

He had first heard about global warming in 1967, "when no one was paying much attention," said Mr Garskof, a native New Yorker and professor of psychology at Connecticut's Quinnipiac University. On Tuesday, more than 120 world leaders will convene for the United Nations Climate Summit aimed at galvanizing political will for a new global climate treaty by the end of 2015.

"I am overwhelmed by such a strong power, energy and voice of people," Ban told reporters. "I hope this voice will be truly reflected to the leaders when they meet on September 23rd. Climate change is (a) defining issue of our time and there is no time to lose. If we do not take action now, we will have to pay much more.

De Blasio said, "My sense is the energy you see on the streets, the numbers that have amassed here and in other cities around the world, show that something bigger is going on, and this UN summit will be one of the ones where we look back and say it was a difference maker," de Blasio said.

The New York march was one of a series of events held around the world to raise awareness about climate change. 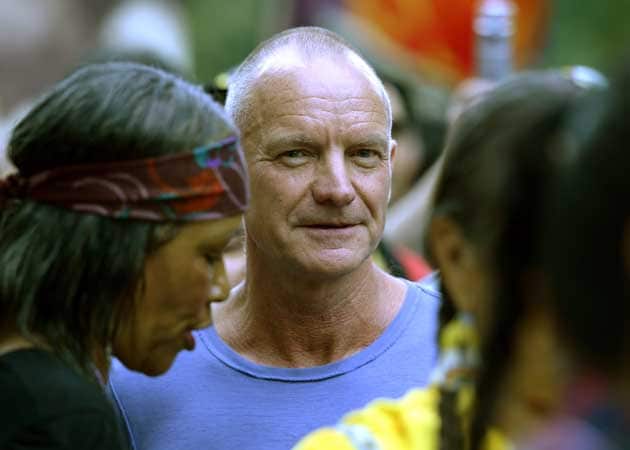 Celebrities in London including actress Emma Thompson and musician Peter Gabriel joined thousands of people crossing the capital's center, chanting: "What do we want? Clean energy. When do we want it? Now."

"This is important for every single person on the planet, which is why it has to be the greatest grassroots movement of all time," Thompson said. "This is the battle of our lives. We're fighting for our children."

In New York, a contingent came from Moore, Oklahoma, where a massive tornado killed 24 people last year, as did hundreds of people affected by Superstorm Sandy, which the US National Oceanic and Atmospheric Administration and the British meteorological office said was made more likely by climate change.

Promoted
Listen to the latest songs, only on JioSaavn.com
In Australia, the largest rally was in Melbourne, where an estimated 10,000 people took to the streets with banners and placards calling on their government to do more to combat global warming.

Australian Prime Minister Tony Abbott was a particular target of the protesters in major Australian cities. Abbott's center-right coalition has removed a carbon tax and has restricted funding for climate change bodies since coming to power last year.