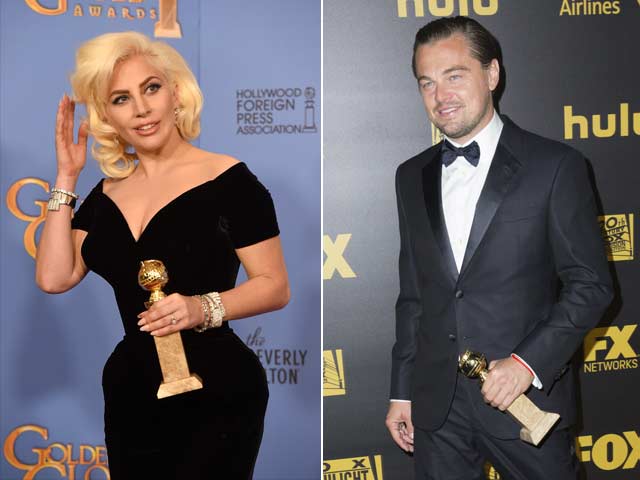 New Delhi: Here's the epilogue to actor Leonardo DiCaprio's hilarious eyeroll at Lady Gaga at the Golden Globes. Entertainment site radaronline reports that Leo, 41, apologised to Gaga and her actor fiance Taylor Kinney at an after-party. (Also Read: Golden Globes: Lady Gaga's Coming Through. Leonardo, You're in the Way)

"Leonardo made good on this later that night, when he apologized to her and Taylor at the CAA after-after party at the Sunset Tower Hotel. They all partied there all night long and laughed it off," a source revealed to radaronline.

Leo reportedly also said that he would not be drinking at the Globes again.

"Gaga actually is quite happy about this whole thing now. That little incident got so much pickup that it only made her win that much bigger," added the source.

Leo and Gaga both won Globes at the award show held in Los Angeles on January 10 - Leo won Best Film Actor (Drama) for The Revenant and Gaga won Best Actress in a TV Movie or Miniseries for American Horror Story: Hotel. Video footage of Leo's reaction after his elbow was shoved out of the way by Lady Gaga on her way to collect her Globe went viral. (Also Read: Golden Globes: Top 10 Moments, Starring Leonardo, Stallone and Brad Pitt)

He also added: "I just didn't know what was passing me, that's all."