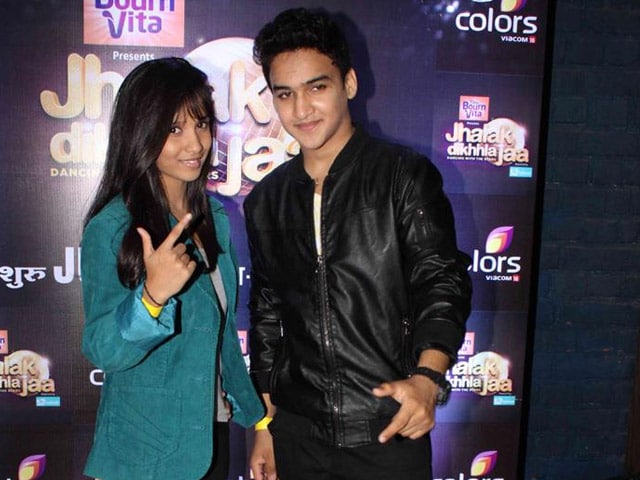 New Delhi: This image of TV actor Faisal Khan posing with his winner's cheque after winning Jhalak Dikhhla Jaa, days before the official announcement is made on October 10, is likely to be a spoiler for fans of the talent show. (See Pics: A Jhalak of Shahid, Alia's Shaandaar Finale Performance)

The picture is taking social media by storm, with fans of the actor sharing it on Twitter and Facebook:

Another picture shows Faisal posing with the contestants:

It made its way online hours after the final episode was shot in Mumbai yesterday. Faisal beat other popular contestants Sanaya Irani and actress Shamita Shetty to clinch the winner's trophy.

Faisal shot to fame after winning the show Dance India Dance Li'l Masters in 2012. He became equally popular for his role in the TV show Bharat Ka Veer Putra - Maharana Pratap, in which he played the young Maharana Pratap.

Shahid judged the new season of the reality show, having taken over from Madhuri Dixit. Malaika replaced filmmaker Karan Johar. Apart from Shahid and Malaika, the show also had Ganesh Hegde and Lauren Gottlieb as judges. The final episode will air on Colors on October 10.