ICYDK, Padmini Kolhapure is the niece of Lata Mangeshkar 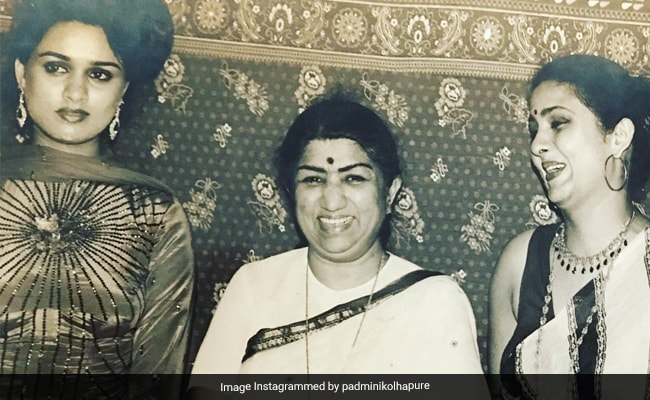 Lata Mangeshkar and Padmini Kolhapure have worked together on many films, including Prem Rog and Satyam Shivam Sundaram. The soundtracks for a few Leena Chandavarkar movies were also given by the evergreen singer.

Padmini Kolkapure featured in several Bollywood films in the Eighties such as Insaaf Ka Tarazu Prem Rog Vidhaata, Woh Saat Din, Souten, Pyar Jhukta Nahin, Ahista Ahista among others. She was last seen in Marathi movie Prawaas, ahead of this she featured in a significant role in the period piece Panipat.

Lata Mangeshkar, who got her first major break in Bollywood with the song Dil Mera Toda from the 1948 film Majboor, rose to popularity for singing the track Aayega Aanewaala from the movie Mahal (1949). She has sung in Hindi, Marathi, Bengali and other regional languages and has also been honoured with the Bharat Ratna, Padma Vibhushan, Padma Bhushan and Dadasaheb Phalke Award.

Vaani Kapoor Is In "Waiting Game" Mode. That Dress Though