"There will be no one like you," wrote Lara Dutta 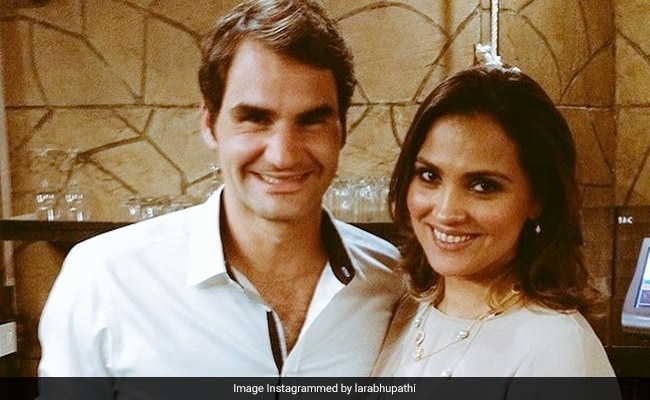 After tennis legend Roger Federer announced that he will retire post the Laver Cup in London, fans across the globe united to share special posts for the 20-time Grand Slam winner. Among them were also Bollywood stars. Former Miss Universe and Bollywood actor Lara Dutta posted two posts for Roger Federer after he announced his retirement on Thursday. Lara Dutta captioned one of the posts: "For me... GOAT (Greatest Of All Time) forever! Thank you for the memories Roger Federer. There will be no one like you." In a separate Instagram post, she added Tina Turner 's song The Best. She added the hashtags #thebest, #legend, #gentleman , #goat, #tennis and #glory. Lara Dutta's link to the world of tennis needs no introduction. She married tennis player Mahesh Bhupathi in 2011.

The actress was crowned Miss Universe in 2000, just three years after which she stepped into Bollywood with 2003 film Andaaz. She is best known for starring in films such as Bhagam Bhag, Kaal, Partner, Chalo Dilli, the Don series of films and Welcome To New York, to name a few. Lara Dutta and former tennis player Mahesh Bhupathi got married in 2011 and are parents to a daughter named Saira.