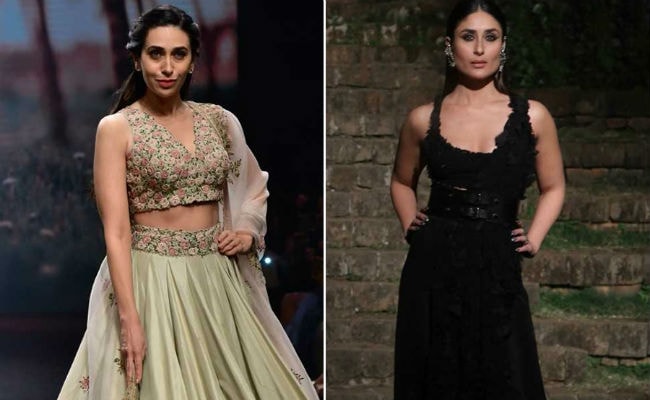 New Delhi: The Lakme Fashion Week 2018 ended on a flawless note with sisters Kareena Kapoor and Karisma, who made head-turning appearances as showstoppers. Dressed in a stunning black ensemble, Kareena walked the runway for designer Anamika Khanna. The Jab We Met actress looked ethereal in a black cropped top and a matching skirt teamed up with a broad belt. With her hair slicked back, Kareena went for nude makeup with a hint of winged eyeliner, which complemented the tone for the night. Karisma Kapoor walked the ramp for label AARBEE by designer Ravi Bhalotia, dressed in breath-taking white silver embroidered lehenga choli.

Take a look at their pictures from last night: 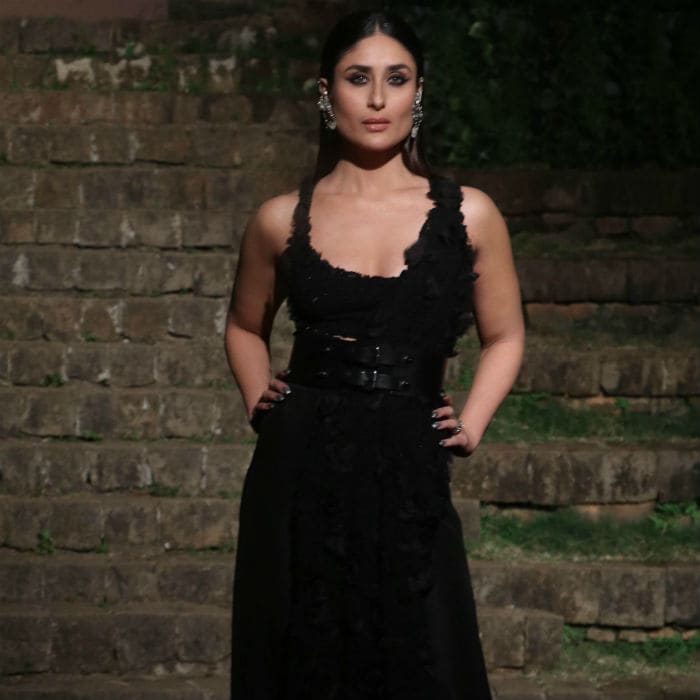 Kareena Kapoor walked as the showstopper for designer Anamika Khanna 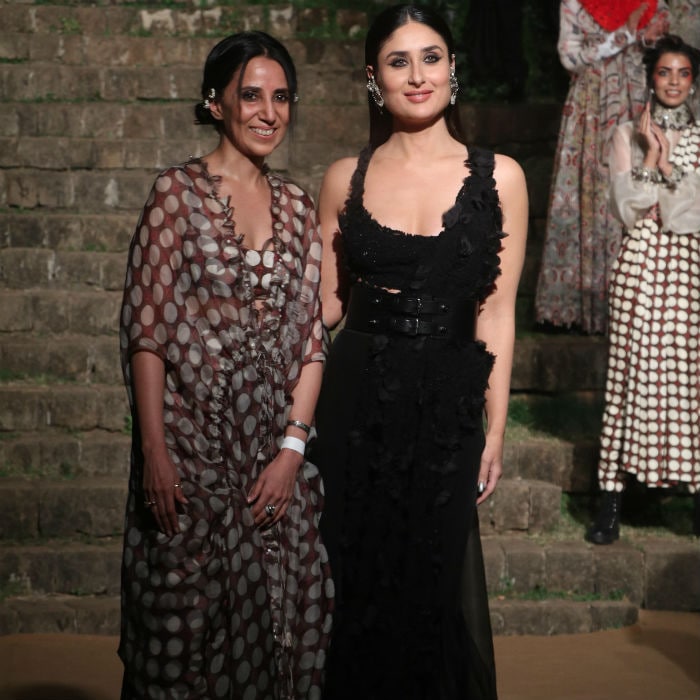 Before stepping out for their respective runway appearances, Karisma and Kareena, shot for a teaser video, which was posted by the former on her Instagram page, along with a caption: "#rockedit #bebo both in @anamikakhanna.in lfw2018 #grandfinale #sistersister #blackandwhite."

Both Kareena and Karisma were in Goa last week, to attend their friend Amrita Arora's 40th birthday party. They definitely set sister goals, dressed in boho- tribal and glittery outfits. They were joined by Saif Ali Khan, Shakeel Ladak, Seema Khan, socialite Natasha Poonawalla and others.

Kareena Kapoor, who was last seen in 2016's Udta Punjab, is currently busy with her next project Veere Di Wedding. The film also starring Sonam Kapoor and Swara Bhasker, is expected to release in June.