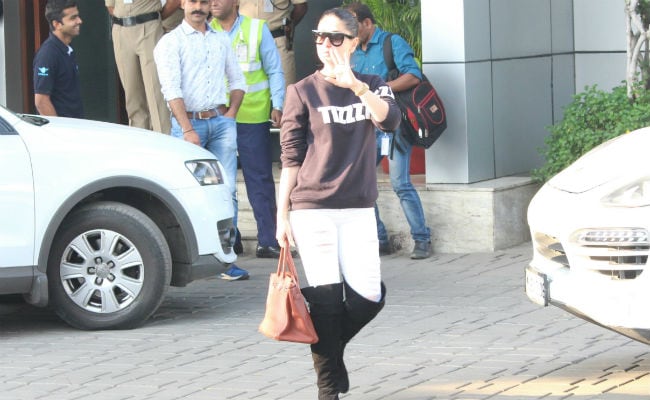 New Delhi: Birthday celebrations done. Kareena Kapoor, Saif Ali Khan, Karisma Kapoor are back to Mumbai after celebrating Amrita Arora's 40th birthday in Goa. These stars, along with the other guests like Seema Khan, socialite Natasha Poonawalla, were photographed at Mumbai's Kalina airport on Wednesday afternoon. However, we missed seeing Malaika Arora and Amrita. Kareena was dressed in a black top, white trouser and knee-high boots while her sister Karisma opted for a black and peach-coloured dress. Both the Kapoor sisters waved at the paparazzi gathered outside the airport. Amrita Arora, a former actress, turned 40 in style in Goa. The whole group (also including Maheep Kapoor, make-up artist Mallika Bhat, Dolly Sidhwani) reached Goa on Tuesday evening by a private jet.

See pictures of Kareena, Saif and Karisma at the airport. 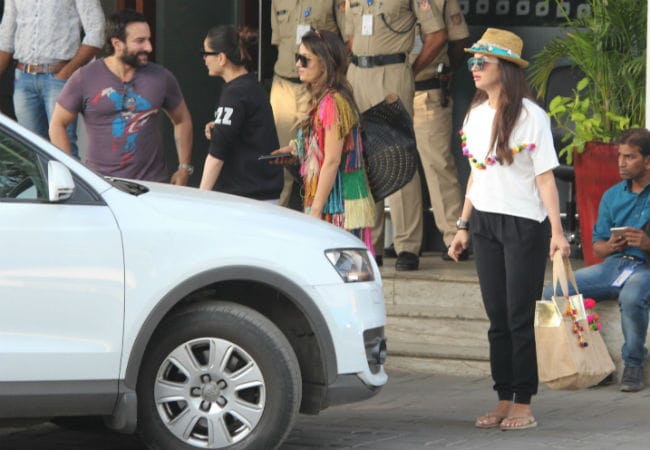 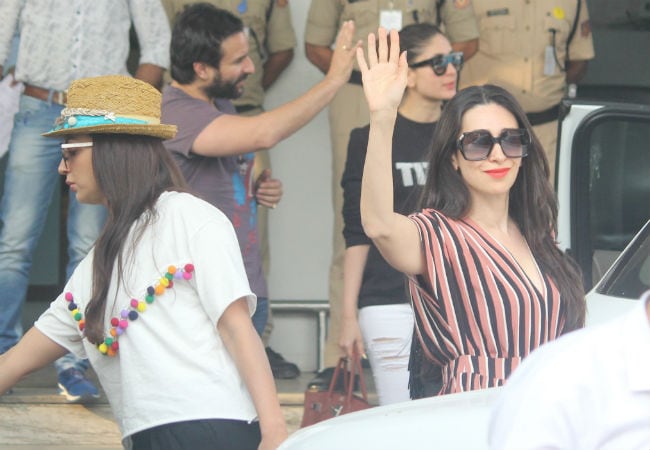 Karisma photographed at the airport 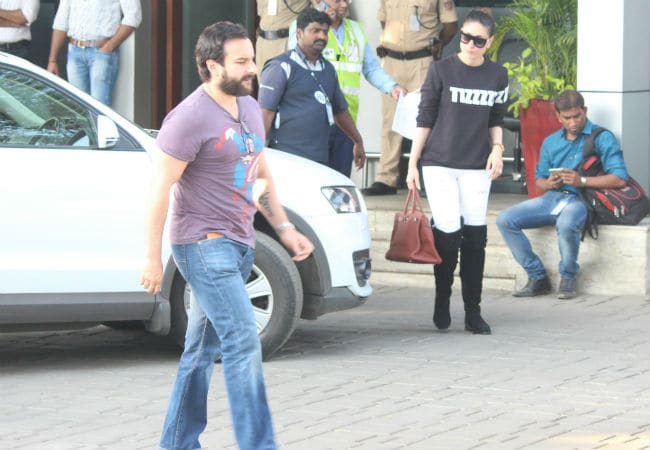 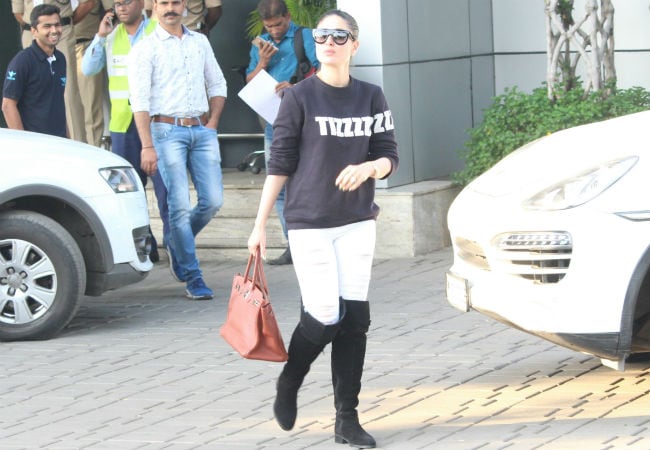 Kareena photographed at the airport

Amrita's birthday celebrations begun right on Tuesday night. The guests at the party (excluding Kareena and Saif, who are not there on social media) constantly kept us posted with some extremely nice pictures from the celebrations. (Special thanks to Malaika and Karisma).

Kareena wore a sequinned dress for the party and Karisma picked up a shimmering Reem Acra maxi dress. While Malaika wore a white sequinned shorts, black top and Amrita opted for a sequinned tunic. All of them wore trendy headbands too.

Here are some of the pictures from Amrita's birthday party.