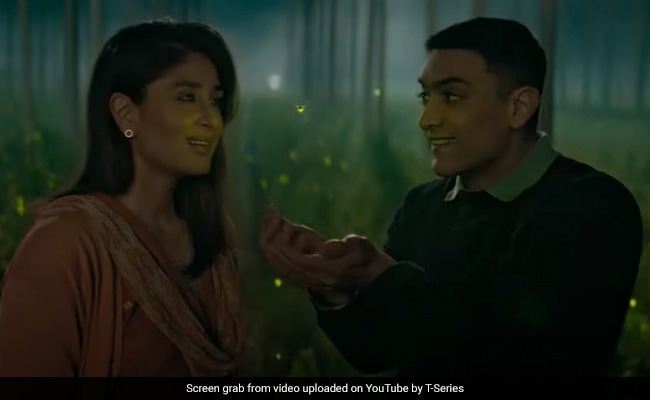 Aamir and Kareena in a still from the video. (courtesy: YouTube)

The video of the track Kahani from Laal Singh Chaddha released on Monday and it is so worth the wait. The video begins with Laal Singh Chaddha (Aamir Khan), sitting in a train, when he chances upon a feather and begins to recall some of the favourite chapters of his Kahani (story), that include some cherished memories from his childhood, quality time spent with the love of his life (played by Kareena Kapoor). We also get a glimpse of Naga Chaitanya in the clip. Naga Chaitanya plays the role of Laal's friend Bala in the film. Mona Singh stars as Laal Singh Chaddha's mom in the film.

This version of the track has been sung by Sonu Nigam. The music is by Pritam. Lyrics are by Amitabh Bhattacharya. In the YouTube description, Kahani was described as "a track that can be best described as the soul of Laal Singh Chaddha. Warm, innocent, loving and magical."

The classic Forrest Gump showcased the story of a man (Tom Hanks), who does extraordinary things in his life. However, his only purpose is to be with his childhood love Jenny.

At the box office, Laal Singh Chaddha will clash with Aanand L Rai's Raksha Bandhan. Both the films are slated to release on August 11.

Koffee With Karan 7: Gauri Khan Addresses Aryan Khan's Arrest - "Nothing Can Be Worse Than What We've Just Been Through"