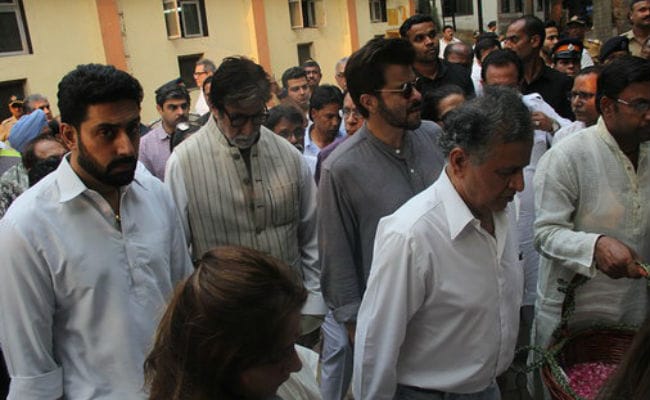 Abhishek Bachchan, Amitabh Bachchan and Anil Kapoor at the funeral.

Krishna Raj Kapoor's funeral was attended by several members of the Kapoor family along with Bollywood celebrities such as Amitabh Bachchan, Abhishek Bachchan, Anil Kapoor, Arjun Kapoor and Sanjay Kapoor among others in Mumbai on Monday evening. Krishna Raj Kapoor's eldest son Randhir Kapoor performed the last rites at Chembur Crematorium. Celebrities were photographed arriving at the Kapoor bungalow in Pali Hills throughout the day. Krishna Raj Kapoor died of cardiac arrest at the age of 87 in Mumbai on Monday morning. Randhir Kapoor confirmed the news and told news agency PTI: "My mother passed away at about 5 am today due to cardiac arrest... old age was another factor. We are deeply saddened by her demise."

Here are the photos from Krishna Raj Kapoor's funeral in Mumbai: 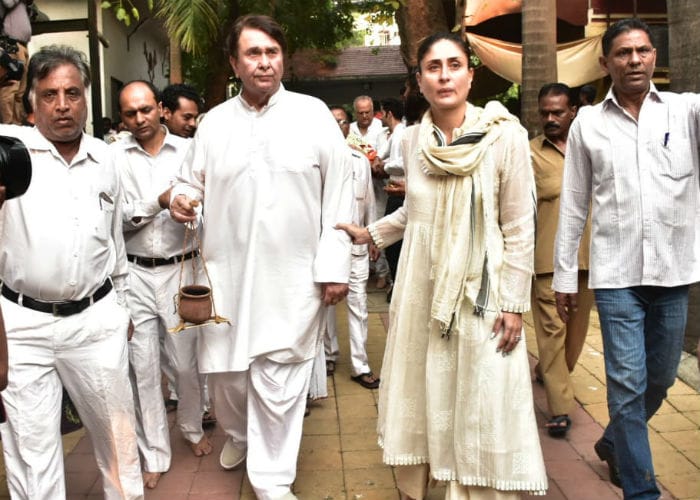 Randhir Kapoor and Kareena Kapoor at the funeral. 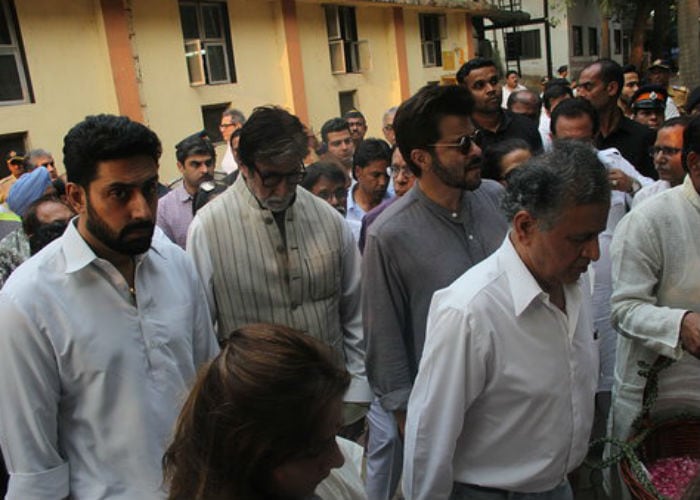 Abhishek, Amitabh Bachchan and Anil Kapoor at the funeral. 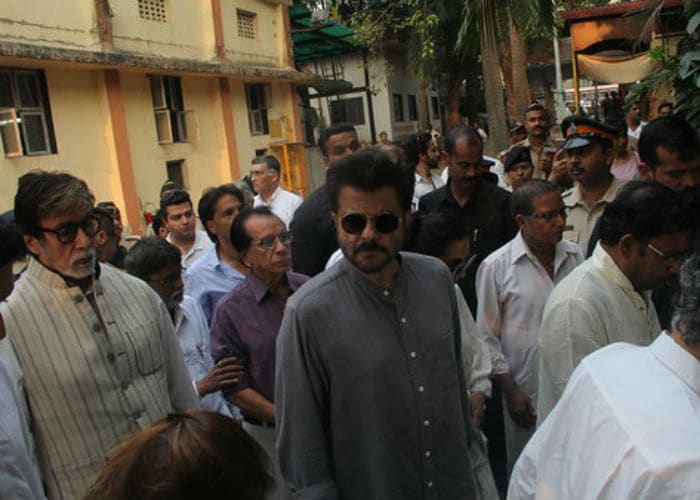 Anil Kapoor at the funeral. 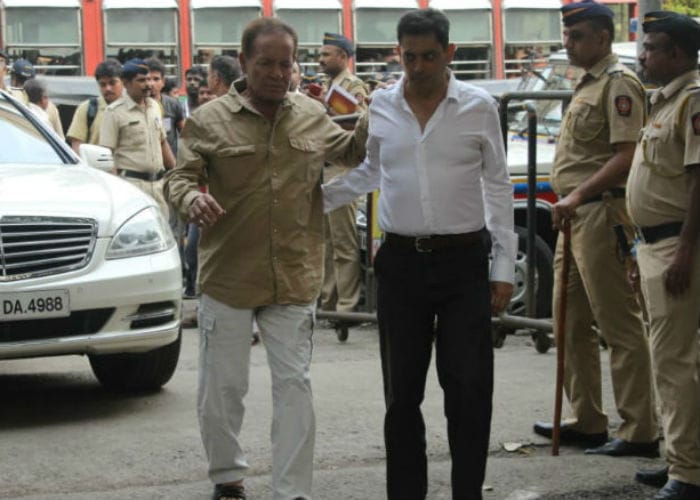 Salim Khan at the funeral. 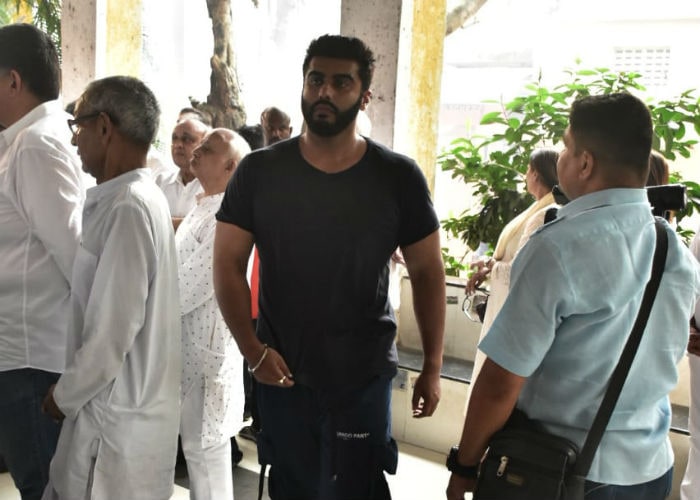 Arjun Kapoor at the funeral. 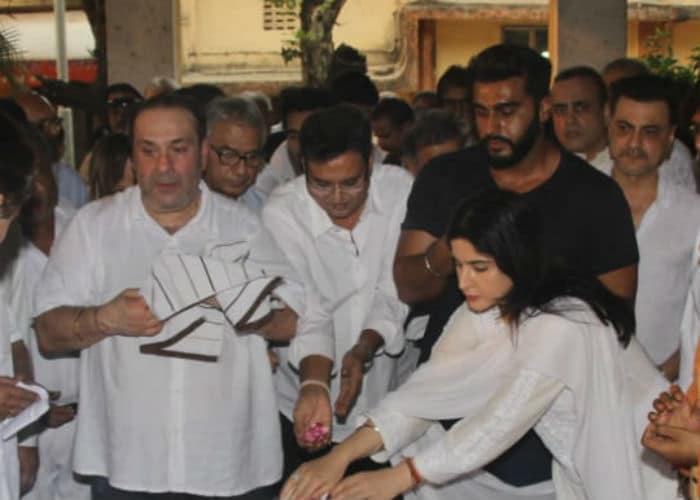 Krishna Raj Kapoor's daughter Rima Jain was among the first to arrive at the Pali Hills bungalow. Krishna Raj Kapoor's granddaughters Karisma Kapoor and Kareena Kapoor arrived at the Kapoor bungalow along with Kareena's husband Saif Ali Khan this morning. Rishi Kapoor couldn't attend his mother's funeral as he recently took off for USA to undergo a medical treatment. Rishi Kapoor's son Ranbir was also not spotted at the venue. However, his close friends Ayan Mukerji, Alia Bhatt and filmmaker Karan Johar were seen arriving to be by the family's side. 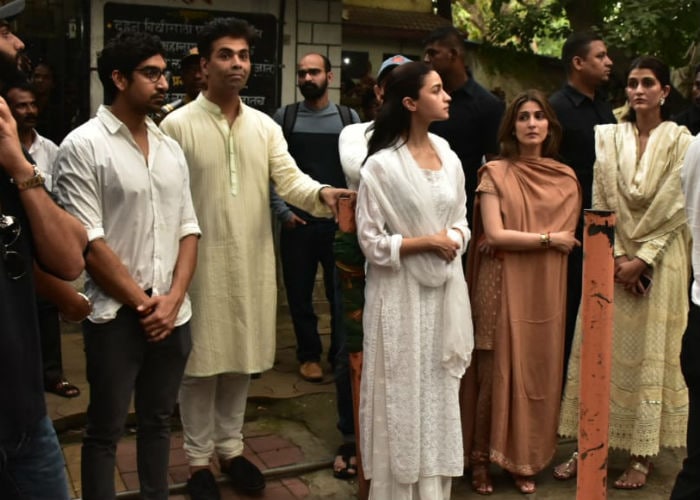