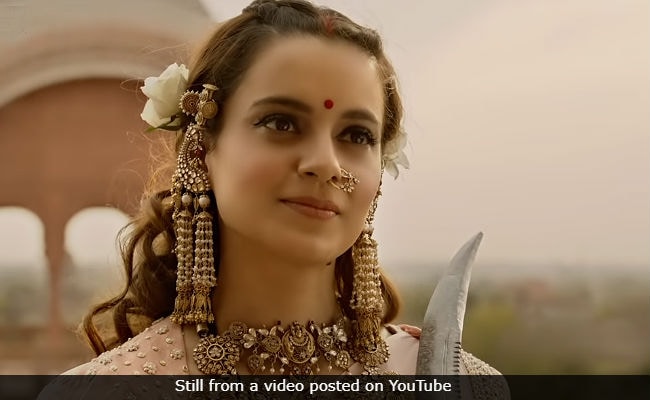 Kangana Ranaut in and as Manikarnika. (Image courtesy: YouTube)

Kangana Ranaut and Krish have been warring for directing credits of Manikarnika: The Queen Of Jhansi after the film opened in theatres and now, the film's producer Kamal Jain told Pinkvilla that Kangana deserves to be called the primary director of Manikarnika. "It's very sad how Krish is trying to claim credit for what he doesn't deserve, it was mine and studio's collective decision to give credits the way they are and to attack Kangana who stood by the film from beginning to end is very sad." Krish claims that 70 per cent of his work made it to the final cut of Manikarnika while Kangana Ranaut's sister Rangoli Chandel says the actress made most of the film.

"Rather than making it a media trial specifically after huge critical claim and box office success is a clear attempt to harm our film, why doesn't he go legal way if he is speaking the truth and prove his claims, we tried to handle this matter on every level nothing was done without informing him, it's sad he chose to create this controversy at the stage," he added.

Meanwhile, KV Vijayendra Prasad, who wrote the film's story and screenplay, told Pinkvilla: "Both, Krish and Kangana, have worked equally hard on the film. If Krish has done a good job, so has Kangana."

Manikarnika: The Queen Of Jhansi  collected over Rs 60 crore in the opening week.