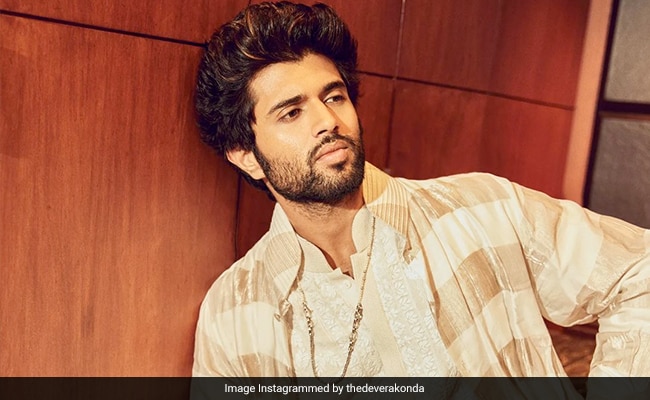 For the finale episode of his chat show Koffee With Karan 7, Karan Johar invited Tanmay Bhat, Kusha Kapila, Danish Sait and Niharika NM. During the chat Karan Johar talked about his FOMO of not being invited to celeb weddings. To which, Niharika NM said, "You are invited to my wedding and you are gonna set me up." Karan Johar's reply to this was: "Prabhas is single." When Niharika added, "I'm 25 and my mother will have a problem," KJo then stated that Liger star Vijay Deverakonda is single and called him "the biggest cheese platter available in the universe," referring to the episode where Janhvi Kapoor and Sara Ali Khan referred to the actor as "cheese." When Kusha Kapila asked if that is true, KJo said, "He is single from what I know, he is single, officially single."

In a previous episode, when Karan Johar asked Sara to "name of a boy you feel like you want to date today." Sara, who was hesitant at first, said "Vijay Deverakonda." Earlier, in Koffee With Karan 6, Janhvi Kapoor too had confessed that she had a crush on Vijay Deverakonda. "Why are you guys passing Vijay Deverakonda like a slice of cheese," asked KJo, to which Sara Ali Khan had replied, "We can't be after the same slice of cheese like you said and let me tell everyone that she is now giving it to me."

Vijay Deverakonda and Rashmika Mandannna, who have worked together in films such as Geetha Govindam and Dear Comrade, were rumoured to be dating previously.

Actor Vikram Gokhale Dies: 5 Films To Remember Him By