Koffee With Karan 6: Anil Kapoor, In The Words Of Sonam, Rhea And Harshvardhan 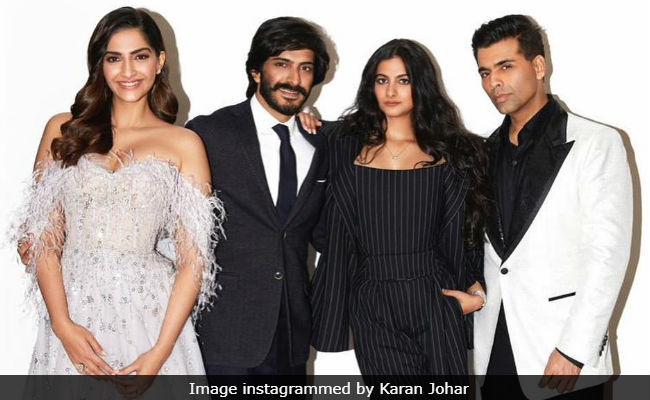 Sonam, Rhea, Harsh with Karan Johar on the sets of Koffee With Karan 6. (Image courtesy: Instagram)

After meeting team Baahubali, fans of Koffee With Karan 6 should brace themselves up for the Kapoor siblings - Sonam, Rhea and Harshvardhan - who have some fantastic things to reveal about their daddy cool Anil Kapoor. In a promo, shared on Star World India when Karan Johar asks the trio to describe their father, Rhea says, "He just wants to be the best." Karan Johar also asks if Anil Kapoor looks into the mirror and says to himself, 'You're gorgeous,' to which Sonam replies: "He says, 'I'm killin' it... I'm gonna kill everybody'." Tch... tch... Spilling the beans on Anil Kapoor? Well, dad got his revenge when he asked (through a video message) Karan Johar to ask Rhea to mimic Kareena Kapoor on national television. Check out what happened next:

The stylish siblings get candid about couture, cinema & dad, next Sunday at 9 PM on #KoffeeWithKaran.

In another promo from the upcoming episode, Rhea revealed why Anil Kapoor advised her not to become an actor. "He was just afraid that I would be (cast as) the heroine's sister or just like lurking around (in the frame)."

Here another glimpse of what the Kapoor siblings will be up to on Karan Johar's show:

Sonam is the eldest of the three siblings while Harshvardhan is the youngest. Sonam is a National Award-winning actress with several critically and commercially successful films to her credit. She was last seen in Veere Di Wedding produced by Rhea and her upcoming projects are Ek Ladki Ko Dekha Toh Aisa Laga with Anil Kapoor and Abhishek Sharma's The Zoya Factor.

Harshvardhan is still struggling to make a place for himself in Bollywood. He debuted in 2015's Mirzya and he was last seen in Bhavesh Joshi Superhero. Both films tanked at the box office.