Koffee With Karan 5: Why Shahid Kapoor And Wife Mira Are Trending 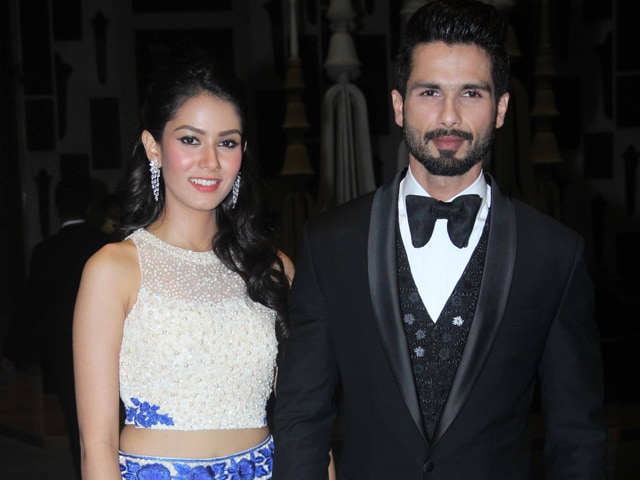 New Delhi: It's been a fairly explosive season on Karan Johar's chat show Koffee With Karan 5 so far. We've already watched Twinkle Khanna upstage her host while her husband Akshay Kumar nervously sipped his coffee, and actors Ranbir Kapoor and Ranveer Singh create merry hell on previous episodes. Now, Karan is all set to host Shahid Kapoor and his wife Mira Rajput on Koffee With Karan Season 5. Shahid, 35, has been on every season of Koffee since it began but this will be Mira's television debut - in fact, it will be the first time she will appear and speak on a showbiz platform as Shahid Kapoor's wife. On Friday morning, Shahid shared a selfie with Mira from the sets of the show and captioned it as, "On the couch with my love." From the picture, we can't exactly figure out what Mira is wearing, but she definitely looked pretty, while Shahid is spiffily dressed in shirt and jacket.

On the couch with my

Since we've never really heard from Mira, it's going to be interesting to watch her open up on the show. Shahid has earlier said that she hates the fact that people have started recognising her. "Mira loves outdoors. But she complains that 'now people recognise me, I hate it.' It is just nice to be with someone who is connected to reality. Because I missed that side of my life," he told news agency PTI.

The couple, who got married in July 2015, welcomed their first child, a daughter they named Misha, in August this year.

Shahid Kapoor has been giving folks major relationship goals by posting adorable photos of his wife on social media. It's clear that he's completely smitten by Mira. The proud father also said that Misha has changed his life has completely. "It (fatherhood) gives me a lot of strength. I feel very strong, because I want to fight for Misha, be my best for her. That's inherently the feeling every morning. I want her to be proud of me," he told PTI.

Promoted
Listen to the latest songs, only on JioSaavn.com
Shahid has previously appeared with actresses Esha Deol, Kareena and Karisma Kapoor, Priyanka Chopra and Sonakshi Sinha on seasons 1, 2, 3 and 4 of Koffee With Karan. We're not sure exactly when the episode with Mira is going to be aired because we do know that Karan Johar has already shot with Salman Khan and his brothers Sohail and Arbaaz. This Sunday's guests will be Daawat-E-Ishq co-stars Parineeti Chopra and Aditya Roy Kapur.

On the work front, Shahid Kapoor is busy shooting for Sanjay Leela Bhansali's Padmavati, which also stars Ranveer Singh and Deepika Padukone. He will also be seen in Vishal Bhardwaj's Rangoon.