In the photo, Kirti Kulhari can be seen chilling on the seashore in a printed bikini while soaking up the sun. 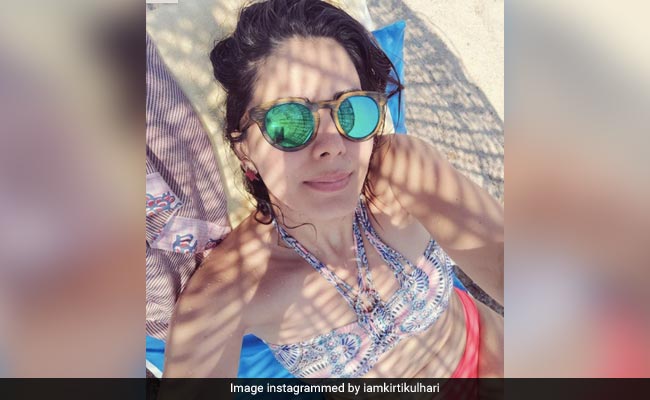 Actress Kirti Kulhari, who currently features in Amazon Prime's Four More Shots Please!, is remembering beach days and bikini memories. The 34-year-old actress' post on "bikini body" is simple, short, to the point and hence, a must read. Sharing a throwback photo from once upon a time in Turkey's coastal city Bodrum, Kirti Kulhari wrote: "All those who choose to wear a bikini already have the body for it" and added this in the hashtags: "Every body is a bikini body." In the photo, Kirti can be seen chilling on the seashore in a printed bikini while soaking up the sun. A portion of Four More Shots Please! was short in Turkey and the photo could be a memory from her shoot days. She plays the role of a single-mother, who is also a fiercely ambitious lawyer, in the Amazon series.

All those who choose to wear a bikini already have the body for it... #everybodyisabikinibody #throwbacktuesday #Bodrum #Turkey

Kirti Kulhari is best known for her roles in films such as Pink, Shaitan, Uri: The Surgical Strike, Indu Sarkar and Mission Mangal. In a Humans Of Bombay post, the actress wrote about her journey from a strict household to her foray into acting: "Not being from anywhere close to the film industry, I knew it would be difficult for them to wrap their head around it. So I sat them down and asked them to give me two years. I would give it my all and if I discovered myself, I'd stick with it. To my surprise, dad became my advocate while everyone else had their doubts. My siblings thought he was just giving in to my 'whim', but he asked me to give it a try with all I had," she had written. Kirti made her acting debut with 2010 film Khichdi: The Movie.

Kirti will next be seen in Ribhu Dasgupta's thriller The Girl On The Train, starring Parineeti Chopra.