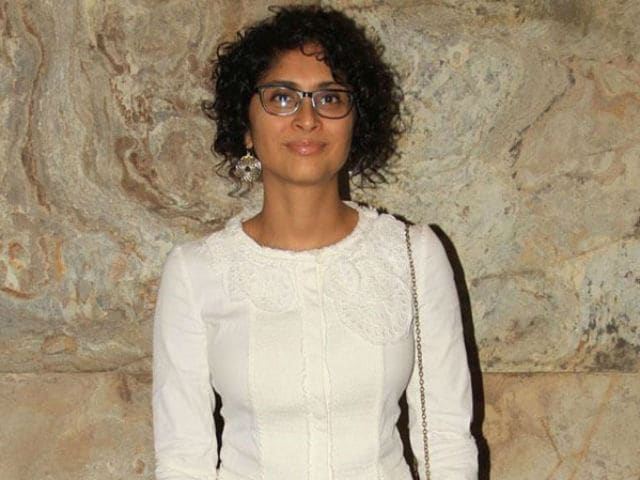 New Delhi: Prime Minister Narenda Modi's scrapping of Rs 500 and Rs 1000 notes has evoked a reaction from Bollywood actor Aamir Khan's wife, director Kiran Rao. The Dhobi Ghat filmmaker thinks that although people have suffered, the greater good will hopefully tide over the hardship. "Everyone has suffered from hardship because of demonetisation but one hopes that it will settle in some time. The restrictions on withdrawal of one's own money will affect the film industry too, as it is affecting all other businesses. But we hope it is for a common greater good and the good from the policy is greater than the difficulties faced," Kiran told news agency IANS.

Speaking on the sidelines of the 47th edition of the International Film Festival of India, Kiran also said that those who used plastic money aren't affected much by the move, but also added that those who did not, have been impacted in a major way.

"I do not understand economics, but on the basis of what I have read, it is a good move. People like us have not been affected much because we use plastic money. You should ask those who are affected more," Kiran added.

Recently at wrestler Geeta Phogat's wedding, Aamir was his diplomatic best when asked about the currency ban. "I will not comment on this matter," Aamir told IANS. He did, however, add that it hadn't affected wedding's preparation. Aamir, who personally supervised buying of gifts at Geeta's wedding, said, "As far as cash for the wedding is concerned, I had no issues. All my cash is in the bank and payments were made in cheques."

About two weeks ago, PM Modi declared all 500 and 1000 rupee notes invalid to tackle the issue of black money.

Tamil actor Vijay was among the few who talked about the inconvenience faced by people. "Many use Rs 500 and Rs 1,000 notes for daily transactions like going to theatres, malls and trading purpose. People like these are unnecessarily put to inconvenience," Vijay told PTI.

Promoted
Listen to the latest songs, only on JioSaavn.com
The invalid notes can be exchanged at banks and post offices. Citizens have until December 30 to deposit or exchange old notes, after which the Reserve Bank will accept the invalid notes on certain conditions.