Call it "magic." Leander Paes did 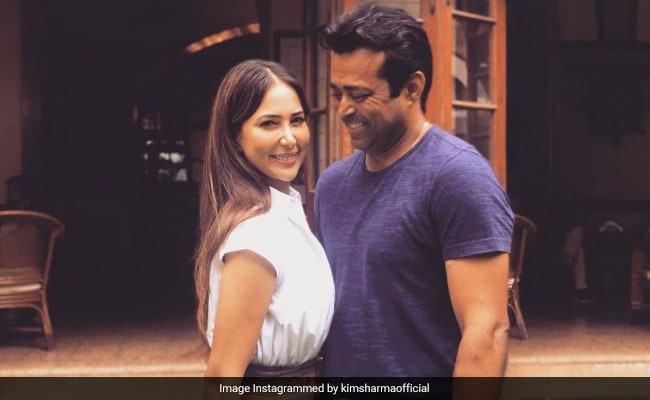 Actress Kim Sharma and tennis star Leander Paes just made it Instagram official of sorts and the Internet couldn't be more excited. While the couple has been teasing us with a few pictures on their Instagram stories, this is the first time that they shared loved-up pictures with each other on their respective Instagram profiles. On Sunday, Kim posted a super-cute picture, in which Leander Paes can't take his eyes off her. She just added a couple of emojis. No caption needed. The comments section of her post was filled up with heart reactions from friends and Instafam. "Rab ne banadi jodi," commented an Instagram user. "It's official now," added another. Sharing the same picture on his profile, Leander Paes captioned it: "Magic." In the comments section, Kim dropped a medal emoji.

A few months ago, the actress trended a great deal after pictures of her with rumoured boyfriend Leander Paes surfaced on the Internet and went insanely viral. Pictures of the rumoured couple also put them on the list of trends recently. They were later spotted strolling on the streets of Mumbai.