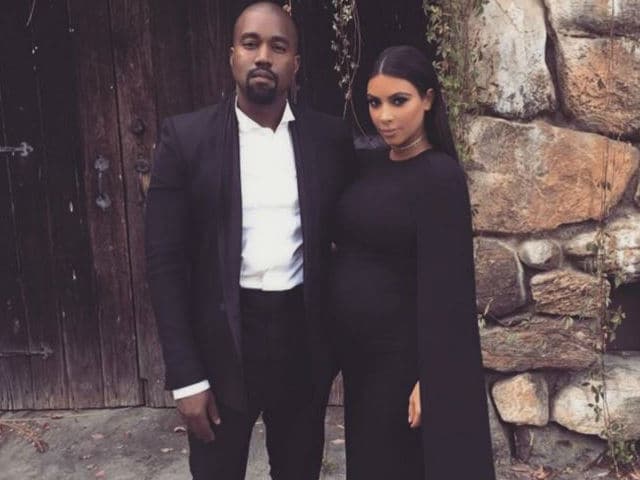 Kim revealed in a Twitter post, which linked to a page exclaiming "Kanye and I welcome our new baby boy!"

The latest addition to the West family was born in the morning and "mother and son are doing well" according to the page, which showed a picture of the celebrity parents' hands intertwined. (Also Read: Inside Kim Kardashian's Star-Studded Baby Shower)

Kim broke the news that she was pregnant in late May during a preview for the next season of her show Keeping up With The Kardashians.

She and Kanye are already the parents of a girl named North, who was born on June 15, 2013.

The couple, who were married in May 2014, has struggled to overcome fertility problems - a battle that Kim openly discussed on the reality show.