While there has been no official confirmation from the channel or the actor, fans and colleagues have been congratulating Arjun Bijlani. 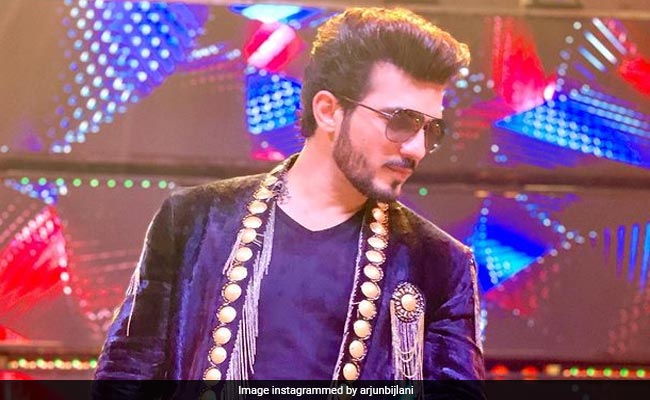 This season of Khatron Ke Khiladi has been a star-studded affair with the likes of Rahul Vaidya, Arjun Bijlani, Divyanka Tripathi and Shweta Tiwari being part of the show. The finale, hosted by director Rohit Shetty, was filmed on Tuesday in Mumbai.  And, now the Internet is flooded with messages congratulating actor  Arjun Bijlani for winning the trophy. The finale of Khatron Ke Khiladi 11 is set to premiere on September 25 and September 26 on Colors, but the channel hasn't announced the winner yet. It all began with a tweet by film and television critic Salil Arunkumar Sand.

He said, “Khatron Ke Khiladi 11: Arjun Bijlani lifts the trophy. Congratulations,” tagging Arjun Bijlani. The critic also tagged Divyanka Tripathi, who is believed to have emerged as the first runners-up. Rahul Vaidya, Vishal Aditya Singh and Varun Sood are the three other contestants who made it to the top 5.

Referring to Divyanka, the critic said, “Khatron Ke Khiladi 11 belonged to Divyanka Tripathi. She ruled it and she owned it.  Bad luck girl.”

#KhatronKeKhiladi11 belonged to #DivyankaTripathi!! She Ruled it and she owned it!! BAD LUCK Girl, You Are A #Rockstar!! #KKK11finale#KKK11#ColorsTV@Divyanka_T@Thearjunbijlanipic.twitter.com/CWhQhVfCLv 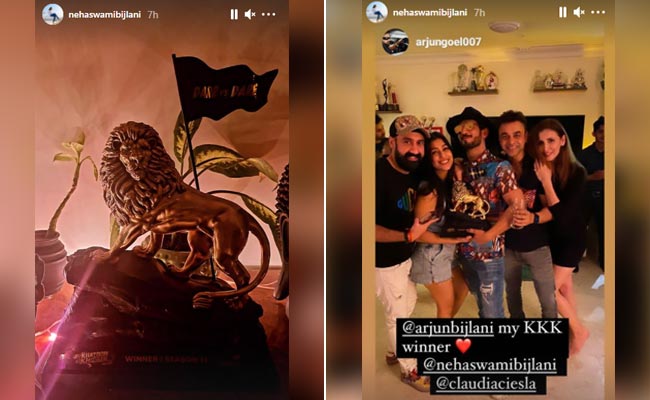 In addition to this, she shared a picture of the couple and said that she was proud of him. She, however, did not mention Khatron Ke Khiladi 11 or Arjun's win. She wrote, “I'm so proud of you my jaan. I know what you have done really. You deserve all the happiness in the world.”

Rumours of Arjun's win were doing the rounds hours before the shoot ended, thanks to a congratulatory comment by actress Ridhi Dogra on Arjun's photo as he was heading to the finale. To Arjun Bijlani's caption that read, “Wish me luck,” Ridhi Dogra wrote, “Congratulations?!” leading to speculations.

While Arjun Bijlani has so far remained mum on the reports, he shared a photo from the shoot with the entire cast of this season. Sharing the image, he wrote, “Aaj ek baar phir ek saath (Today, once more we are together). A memory for a lifetime. Season 11. Love u guys. Mazaa aaya (Had fun).”

Arjun Bijlani is known for his work in shows such as Left Right Left, Miley Jab Hum Tum, Naagin and Ishq Mein Marjawan, among others.