Shatrughan Sinha said at an event that in the "times of #MeToo, behind a successful man's fall is a woman" 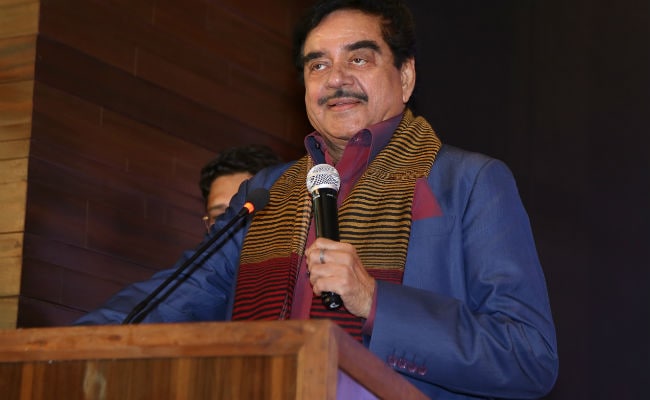 Shatrughan Sinha's mockery of the #MeToo movement, which had gripped the Indian film industry last year, did not go down well with the Internet. As per a PTI report, at a recent event, the actor-turned-politician said that in the times of #MeToo "there shouldn't be any hesitation to say that behind a successful man's fall is a woman" and added that his statement should be taken in the "right humour." He was quoted as saying: "Behind the troubles and infamy of successful men, there have been mostly women that I've seen in this movement." The Internet called Mr Sinha out for lacking seriousness while addressing the #MeToo movement and advised him to remain "khamosh" (his signature dialogue). "Sir bolne kuch jaate ho bolte kuch aur ho. Isse acha khamosh ho jao," wrote a Twitter user.

Khamosh! - everyone to Shatrughan Sinha https://t.co/HMMcIug0KI

At the event, Shatrughan Sinha also said: "I really call myself fortunate that in today's times, tamam harkate karne ke bawajood (despite everything that I have done), my name hasn't come out in the #MeToo movement. Hence, I listen to my wife (Poonam Sinha) and often take her as a shield with me so that even if there's nothing, I can show that I am happily married, my life is good."

To this, the Internet pointed out: "Were you expecting your name?"

Were you expecting your name ?

He is inviting trouble

The #MeToo movement arrived in the Indian film industry almost a year after it shattered the status quo in Hollywood. Several prominent film personalities such as Alok Nath, Nana Patekar, Rajat Kapoor, Kailash Kher and poet and lyricist Vairamuthu were outed as sexual predators.