Amitabh Bachchan turned out to be Himani Bundela's loudest cheerleader. After a dramatic round of applause, Mr Bachchan said: "What a player! Unbelievable!" 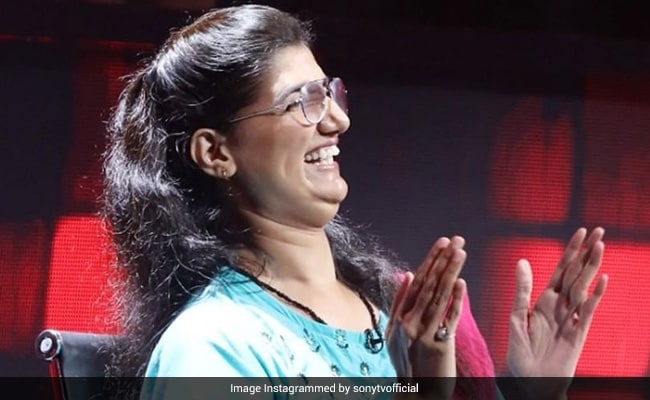 Amitabh Bachchan's Kaun Banega Crorepati 13 got its first crorepati in Himani Bundela. Tuesday's episode of Kaun Banega Crorepati 13 began on a cliff-hanging note with roll over contestant Himani Bundela attempting and winning the Rs 1 crore question. Himani Bundela, a visually impaired contestant, happens to be a teacher from Agra, Uttar Pradesh - Himani Bundela, who lost vision after an accident in 2011, continues to teach mental maths. On Tuesday's episode, she attempted the Rs 1 crore question without any remaining lifelines - she was asked: "Which of these was an alias used by Noor Inayat Khan to work as a spy for Britain in France during the Second World War?" After much deliberation, she asked show host Amitabh Bachchan to lock option D: "Jeanne-Marie Renier," winning Rs 1 crore.

Amitabh Bachchan turned out to be Himani Bundela's loudest cheerleader. After a dramatic round of applause, Mr Bachchan said: "What a player! Unbelievable!" After winning, Himani Bundela said she had only dreamt of being on the hot-seat and that winning a crore is a surreal experience for her. She said Amitabh Bachchan's voice was the motivating factor for her.

After her big win, Himani Bundela also attempted the Rs 7 crore question on the show: "What was the title of the thesis that Dr BR Ambedkar submitted to the London School Of Economics for which he was awarded his doctorate in 1923?" Himani Bundela, who wasn't sure about the correct answer, decided to quit. Himani Bundela not only went home Rs 1 crore in her bank account but also a brand new car.

On Monday's episode, Himani Bundela had revealed she would use the winning amount for the betterment of visually impaired students. Mr Bachchan said he was super inspired by her courage and determination and said that she is a perfect "example and an inspiration" for the viewers.