Katy Perry and Orlando Bloom got engaged on Valentine's Day, as per international websites 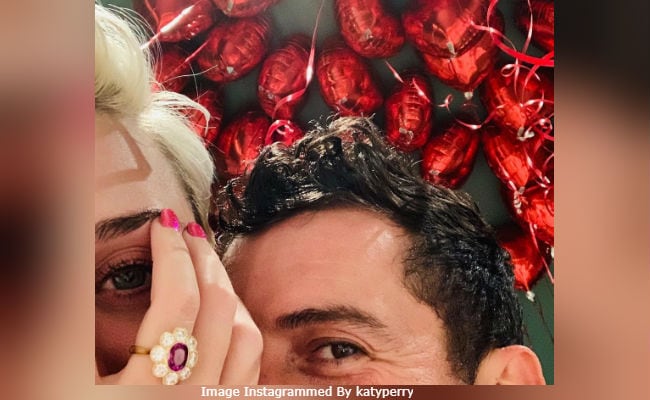 Singer Katy Perry and actor Orlando Bloom got engaged on Valentine's Day, several international websites like E! News and CNN reported. On Friday, the couple's Instagram posts, explained that they have got engaged and congratulatory messages started pouring in soon. They shared a similar post on their respective accounts and Katy captioned it as, "Full bloom" while Orlando wrote, "Lifetimes." The photo features a close-up shot of Katy Perry and Orlando Bloom and she is seen sporting a flower-shaped diamond ring with a pink stone in the centre. They are surrounded by some heart-shaped balloons. Take a look at their Instagram posts here.

E! News reports that Orlando proposed to Katy after their Valentine's Day dinner. "The proposal was a complete surprise. They have discussed getting engaged but Katy did not think it was going to happen so soon. Orlando proposed to Katy in private just the two of them after their Valentine's Day dinner celebration," E! News quoted a source as saying. The report also states that Orlando had already planned a surprise party for Katy by inviting some of her close friends at a private penthouse in Los Angeles.

Katy Perry, 34, and Orlando Bloom, 42, started dating in 2016 after meeting at Golden Globes after party. However, they broke up briefly in 2018.

It would be a second marriage for both of them. Katy was previously married to British comedian Russell Brand and Orlando was married to model Miranda Kerr, with whom he has a son named Flynn Christopher.