Katrina Kaif's post will drive away your quarantine blues 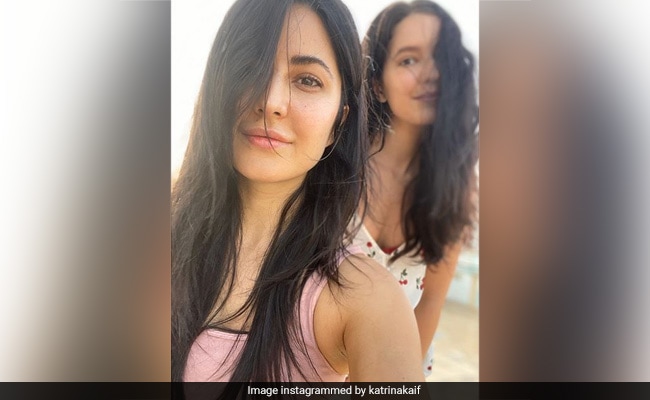 Searching for a way to brighten up your Friday? Look no further than Katrina Kaif's latest Instagram post. The actress is here to drive away your quarantine blues. Katrina, who is living with her sister Isabelle amid the lockdown, delighted her fans by sharing a lovely picture of herself and her younger sister. The selfie features Katrina holding the camera and Isabelle adorably posing behind her. Going by the photo, it appears that the Kaif sisters clicked the photo on their terrace. Sharing the photo, Katrina used emoticons to express how joyous and comfortable it is to live with her sister. Take a look at Katrina Kaif's post here:

A couple of days ago, Katrina Kaif shared a video of herself and Isabelle cooking what appears to be a pancake on a tawa and hilariously wrote: "We're not sure what it is either... we'll let you know when we do." Check out the video here:

We're not sure what it is either .... we ll let u know when we do #happyworldsiblingday @isakaif

Katrina Kaif has seven siblings - six sisters and a brother. Isabelle is a model as well as an actress. She made her film debut with Canadian director Jean-Francois Pouliot's Dr Cabbie, co-produced by Salman Khan, in 2014. She will make her Bollywood debut with Karan Lalit Butani's Kwatha, in which she will share screen space with Aayush Sharma.

On the work front, Katrina Kaif was last seen in Salman Khan's Bharat. Her upcoming film is Rohit Shetty's Sooryavanshi. She co-stars with Akshay Kumar in the film, which also features Ranveer Singh and Ajay Devgn. The film's release has been postponed amid the coronavirus outbreak, which has led to the nationwide lockdown till May 3.