Katrina Kaif Taunted In Vancouver. Told 'You Need A Better Attitude'. Was That Really Necessary?

"You shouldn't do that guys. You know what I'm very tired. I've had a very long show," Katrina tells the onlookers 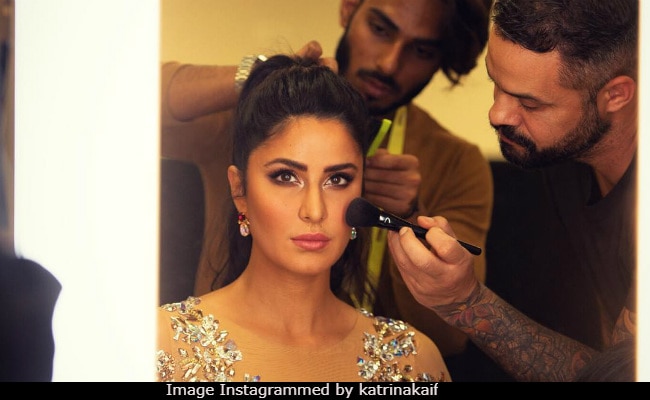 Katrina Kaif, who is touring US as part of the ongoing Da-Bangg Tour with Salman Khan and others, was recently misbehaved with as she exited the venue in Vancouver. A video of the incident has been shared on YouTube and is going viral on the Internet. In the 40-second video, Katrina, dressed casually, can be seen making her way to the car in a hurry, when a woman bystander says: "We don't want to take a picture with you. Booo..." As the security holds the car door open for the actress, she turns and addresses the woman to say: "You shouldn't do that guys. You know what I'm very tired. I've had a very long show."

But in turn, Katrina was told: "You need a better attitude... you call yourself an actress but when people come to adore you... you need a better attitude..." As Katrina's security personnel ensures that the actress maintains a safe distance from the crowd of onlookers, she sternly asks the woman to keep calm: "Ma'am, please calm down." Katrina can then be seen posing for selfies with a few of her fans before she takes off in her car.

Meanwhile, the few of those who attempted to troll Katrina, can be heard saying: "We're here for Salman Khan. Only Salman Khan..."

Katrina Kaif and Salman Khan have been joined by Sonakshi Sinha, Jacqueline Fernandez, Daisy Shah and Prabhu Deva on the Da-Bangg tour. Here are a few glimpses of the concerts she's been part of so far in the US and Canada.

On the work front, Katrina Kaif has Aamir Khan's Thugs Of Hindostan and Shah Rukh Khan's Zero in the pipeline.

Promoted
Listen to the latest songs, only on JioSaavn.com
Comments
katrina kaifvancouver