Katrina Kaif: Signing 'Bharat' Has Nothing To Do With Friendship With Salman Khan 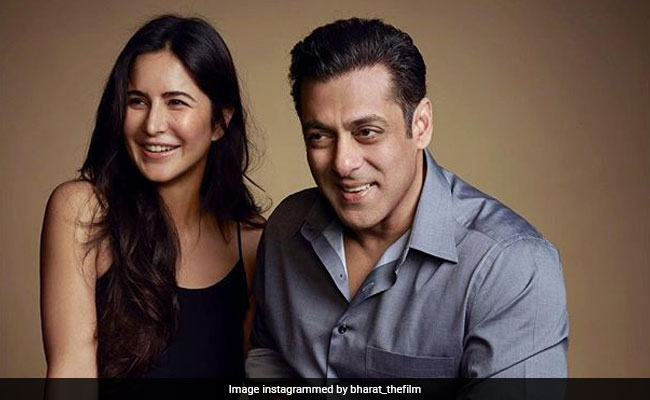 Salman Khan and Katrina Kaif on the sets of Bharat. (Image courtesy: Instagram)

Katrina Kaif, who took the spot vacated by Priyanka Chopra in upcoming film Bharat, told mid-day that she did not join the film just because of her friendship with main man Salman Khan and director Ali Abbas Zafar. "Ali and I are good friends, but when it comes to work, we are completely honest with each other. I read the script from start to finish in three hours and immediately called him to tell him that I loved it," Katrina Kaif said. "I realised there was an opportunity of going the extra mile with this character. So, it had nothing to do with my friendship with Salman or Ali. In fact, Salman did not even call me after I signed the film. We met directly on the set," Katrina Kaif added.

The filmmakers released a new poster of Bharat today, which focussed on Katrina's character in the film. Salman Khan, who plays the title role, introduced her as 'Madam sir' and it appears that Katrina plays the site in-charge of where Salman Khans' Bharat works as a miner.

Here's the poster of Bharat:

Meanwhile, Bharat was meant to be Priyanka Chopra's big Bollywood return vehicle. However, the Quantico star quit the film reportedly as she was getting married to singer Nick Jonas. Several reports at that time also claimed that Priyanka quit the project due to the fee structure and additional recruitment in the ensemble cast.