Katrina Kaif, who made her Bollywood debut at just 18, featured in this Coca Cola ad with Vijay 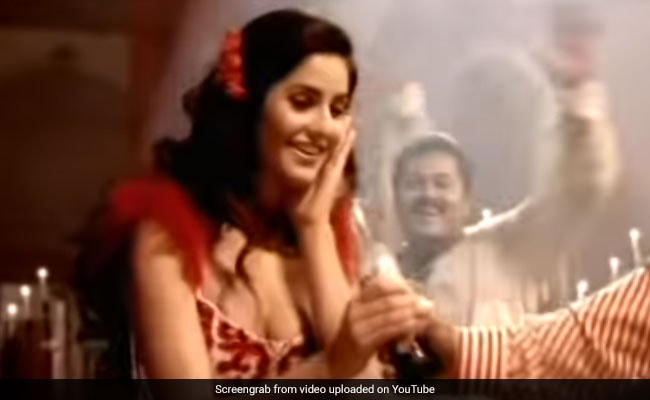 Katrina Kaif in a still from an old advert (courtesy YouTube)

On Monday, Katrina Kaif and south actor Vijay have been burning up the trends' list because of two reasons a) Katrina shared about co-starring with Vijay in her first ever ad shoot on a show and b) Fans have fished out the video on YouTube. The 35-year-old actress recently joined Anaita Shroff Adajania for her talk show Feet Up With The Stars and shared about her encounter with Vijay during an ad shoot in Ooty from many years ago. "I was sitting on the floor. It was in Ooty and we were shooting. It was very very cold in Ooty and I see, I'm sitting on the floor and I'm on my phone... whatever I'm doing. And I see in front of me these shoes and i think it must be someone standing. I don't bother to look up and I'm on my phone. After some time, I still see these feet," said Katrina Kaif.

"Finally, I have looked up and I see that it's the guy in the ad with us. He's an actor...south superstar, his name is Vijay. He was so polite, he was waiting not to disturb me to say goodbye," Katrina added.

Katrina Kaif, who made her Bollywood debut at just 18, featured in this Coca Cola ad with Vijay, which fans have dug out on YouTube. Take a look here.

Meanwhile on Feet Up With The Stars, Katrina Kaif also talks about how she "stumbles around in the kitchen in the dark" trying to switch the light on as the "least celebrity thing" about her. Katrina also says that she would "love" to feature in a promotional song with Deepika Padukone, before jokingly adding: "Coming soon!"

The Kat (episode) is out of the bag! Watch the latest episode of #FeetUpWithTheStars as #KatrinaKaif joins us for a chat, and maybe a dance lesson. Streaming now, exclusively on #Voot! Presenting Sponsor: @kitkatindia Co-Powered By: @olx_india #AnaitaShroffAdajania #KatrinaKaif #AVootOriginal #VootOriginals #CondeNastIndia #CondeNastVideo #CondeNast #Bollywood #TalkShow #CelebrityTalkShow

On the work front, Katrina Kaif is looking forward to the release of Salman Khan's Bharat. It hit screens on Eid, June 5 this year.