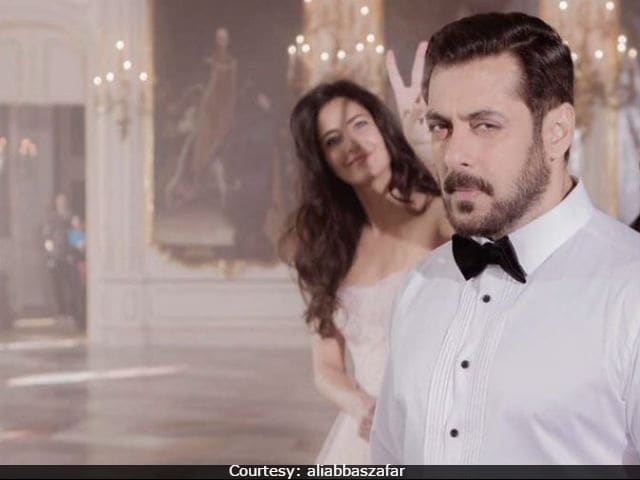 New Delhi: On Thursday, Aamir Khan 'welcomed' Katrina Kaif aboard Thugs Of Hindostan. "Finally we have our last thug. Katrina! Welcome aboard Kat," Aamir tweeted. However, Salman Khan, with whom Katrina is shooting her latest film Tiger Zinda Hai, seems to be unaware about it. Don't believe us? Here's Salman's post, "I'm such a big Tubelight that I just got to know that Tiger's tigress is a Thug." Salman and Katrina are currently in Abu Dhabi, where they are filming Tiger Zinda Hai, the sequel to their 2012 blockbuster film Ek Tha Tiger. Meanwhile, Thugs Of Hindostan, directed by Vijay Krishna Acharya, will be Aamir and Katrina's second film together after Dhoom 3, which released in 2013.

I'm such a big Tubelight that I just got to know that Tiger's tigress is a Thug pic.twitter.com/MU1V5868eT

Check out how Aamir 'welcomed' Katrina in Thugs Of Hindostan:

Finally we have our last thug..... Katrina ! Welcome aboard Kat :-)

Thugs Of Hindostan also stars Amitabh Bachchan and Aamir's Dangal co-star Fatima Sana Shaikh. The film will go on floors next month. Of the film, Fatima earlier told news agency IANS, "It feels unreal. It is a huge project and with one of the best production houses. And plus there's Amitabh sir and AK (Aamir). I feel very fortunate."

Promoted
Listen to the latest songs, only on JioSaavn.com
Vijay Krishna Acharya has earlier directed Aamir and Katrina in Dhoom 3. Big B and Aamir are collaborating for the first time.

Tiger Zinda Hai is scheduled to release during Christmas this year. Meanwhile, Salman is also prepping for Tubelight's release. The film hits the screens on June 25 (Eid release). Katrina is awaiting the release of Anurag Basu's much-delayed film Jagga Jasoos, opposite Ranbir Kapoor.