Kartik Aaryan Was Missing His "Cutie", So He Posted This Pic

Kartik Aaryan's caption talks about his one true love 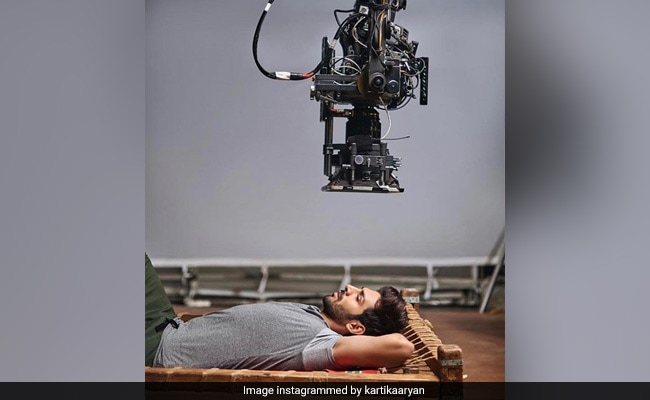 Kartik Aaryan, just like everyone else, has a lot of time to spare, what with the lockdown. On Wednesday, the Love Aaj Kal actorshared a picture, featuring his "BAE" (his words), on his Instagram profile. In case you are wondering who the aforementioned BAE is, it is a camera. Yes, you read that right. In the picture, Kartik can be seen lying down, facing the camera. Kartik's love for acting needs no introduction. In his post, Kartik referred to the camera as a "cutie." Dostana 2 director Collin D'Cunha also commented on Kartik's post. He wrote: "Major missing."

In 2019, the actor starred in Luka Chuppi, co-starring Kriti Sanon, and Pati Patni Aur Woh, alongside Ananya Panday and Bhumi Pednekar - both the films performed well at the box office. He was last seen in Love Aaj Kal, opposite Sara Ali Khan. The actor will next be seen in Bhool Bhulaiyaa 2, co-starring Kiara Advani and Tabu.

He will also be seen in the second installment of the 2008 film Dostana, co-starring Janhvi Kapoor and newcomer Lakshya Lalwani. The first part featured Priyanka Chopra, Abhishek Bachchan and John Abraham in the lead roles. The film will be produced by Karan Johar's Dharma Productions.