New Delhi: Celeb couple Kareena Kapoor and Saif Ali Khan, who welcomed a son they've named Taimur Ali Khan Pataudi, partied on New Year's eve with the Kapoor cousins. Ranbir Kapoor and Kareena's sister Karisma posed with the couple at the party hosted by the star couple, and pictures were shared on social media. Kareena was glowing and posed with the perfect pout. Karisma jazzed it up with funky party specs and clutched on to Ranbir for the picture. The Ae Dil hai Mushkil star sort of half-smiles. Kareena and Saif's baby arrived on December 20, four days after which Kareena was spotted partying-shartying with her girlfriends on Christmas eve. Taimur is Kareena and Saif's first baby together. The Tashan co-stars married in October 2012 and have also co-starred in Omkara, Agent Vinod, Kurbaan.

Here's how the Kapoor cousins ushered in the new year:

Karisma and Ranbir are fond of Saif as well. Looks like there was just enough space for three - they left new-mom Kareena out of the picture:

Kareena Kapoor's party was also attended by actress Dia Mirza, who was photographed arriving in her car. The paparazzi also clicked Karisma and Ranbir outside Kareena's residence. 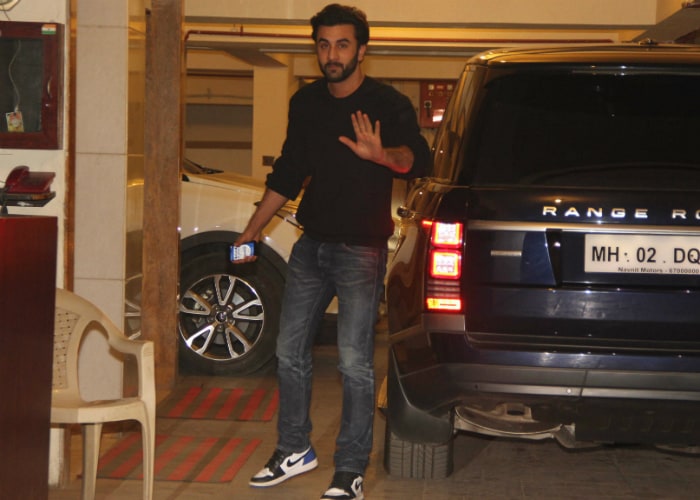 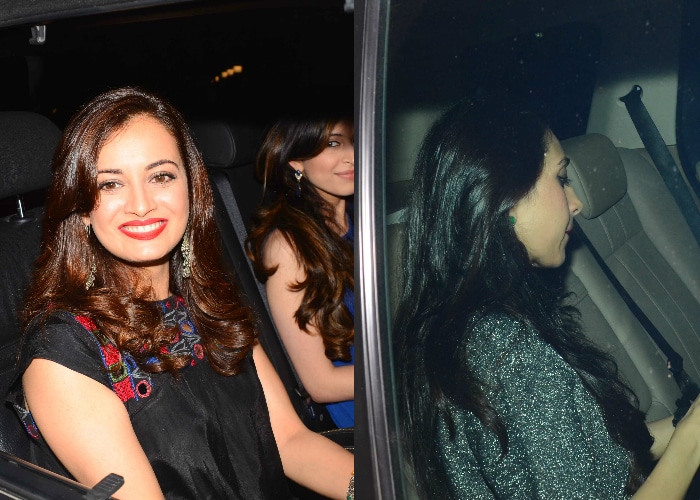 Meanwhile, Kareena and Saif went out on a dinner date on December 28 and were photographed walking out of the restaurant hand-in-hand. Kareena was glowing in a printed dress and heels. Saif was wore a white kurta pyjama and paired it with a blue bandhgala. 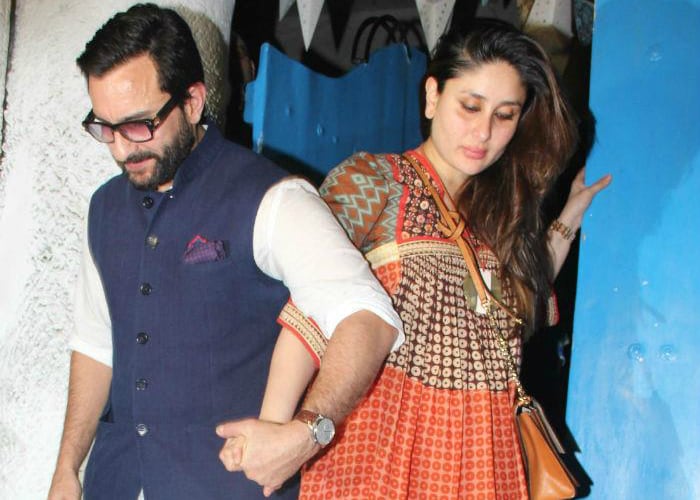 Kareena and Saif married in 2012

Kareena was uber-stylish in a red ensemble at the Christmas party earlier this month. Giving her company was Karisma and the Arora sisters - actresses, Malaika and Amrita.

Do not miss out Amrita's caption for her selfie with new-mom Kareena:

Amrita and her husband Shakeel Ladak roped in the Nawab of Pataudi a picture:

Promoted
Listen to the latest songs, only on JioSaavn.com
New parents Kareena and Saif made an appearance with baby Taimur outside their residence on December 22, the day Kareena returned home from Mumbai's Breach Candy hospital. 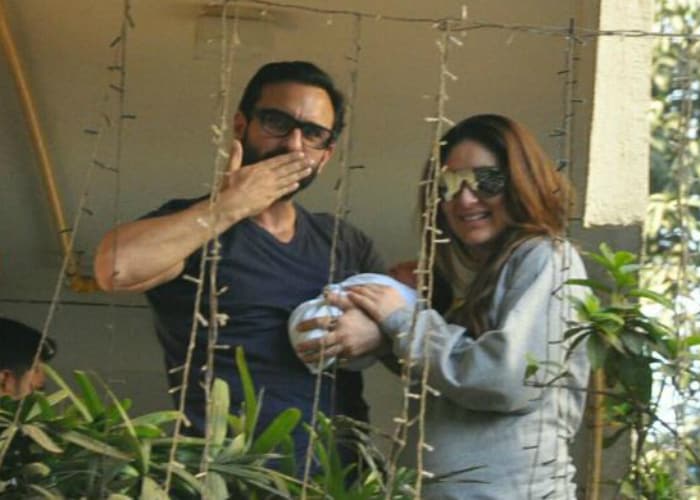 Kareena and Saif are co-stars of Omkara, Kurbaan and Agent Vinod

Kareena Kapoor, 36, and Saif Ali Khan, 46, met on the sets of 2008 film Tashan and fell in love. Kareena was last seen in drug drama Udta Punjab and has made headlines for working through pregnancy for Veere Di Wedding - which also co-stars Sonam Kapoor and Swara Bhaskar. Saif's will next be seen in Vishal Bhardwaj's Rangoon, co-starring Kangana Ranaut and Shahid Kapoor