Kareena Kapoor, who is the undisputed queen on one liner captions, checked into her Instagram stories with an adorable selfie 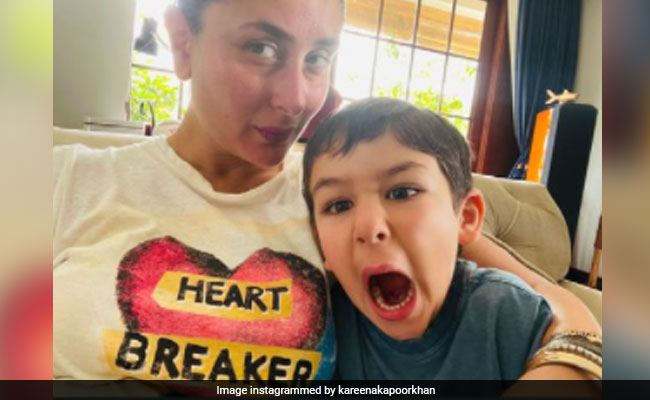 On Instagram, Kareena Kapoor shared just a glimpse of her weekend plans and it involves major chill time with her sons - Taimur, 4, and baby Jeh. Kareena Kapoor, who is the undisputed queen on one liner captions, checked into her Instagram stories with an adorable selfie of herself and Taimur. What makes the mother-son moment special is Kareena's play of words - the 40-year-old actress can be seen wearing a white tee from the collections of Christian Dior, which reads "Heart Breaker." Adding a cheeky reference to her quirky tee, Kareena Kapoor wrote: "What's on my T-shirt, Tim? You." Taimur's expression in the photo says it all about how much fun his weekend plans look like.

So, Kareena Kapoor just confirmed that four-year-old Taimur is already a heart breaker. 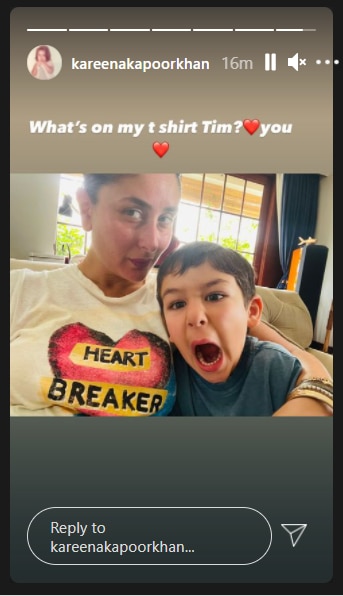 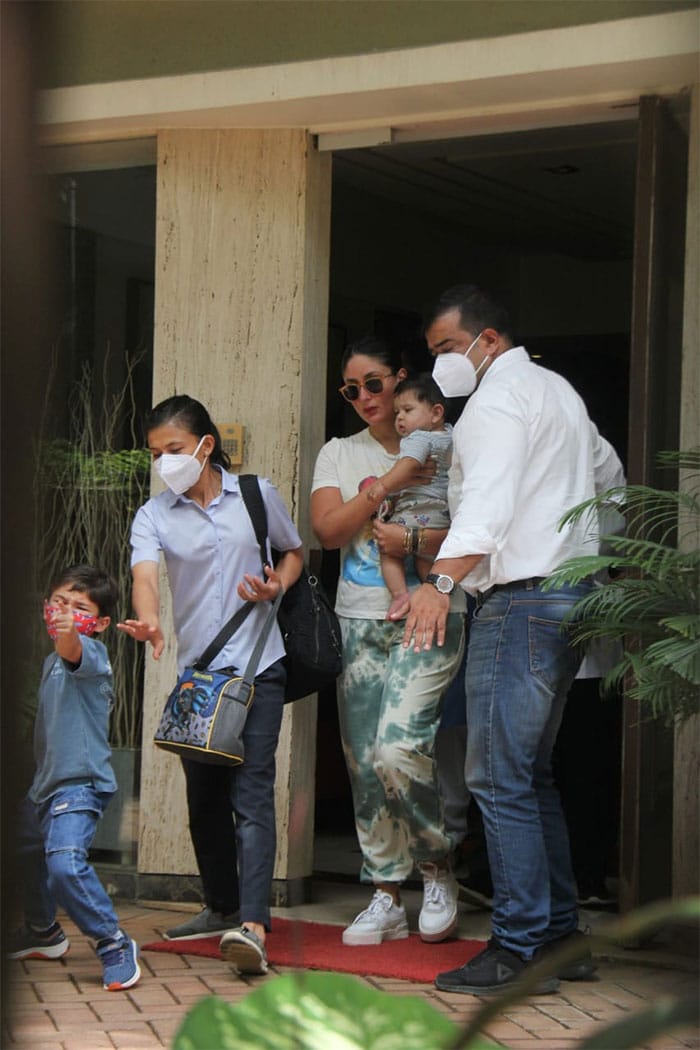 In terms of work, Kareena Kapoor recently announced her debut project as a producer, an untitled film with Hansal Mehta. The film will be set in the UK and is inspired by true incidents. Other details about the film have not been revealed yet. In terms of films, Kareena will next be seen opposite Aamir Khan in Laal Singh Chaddha, the shooting of which she wrapped in her early pregnancy months. Kareena Kapoor made her debut as an author with the book Kareena Kapoor Khan's Pregnancy Bible.