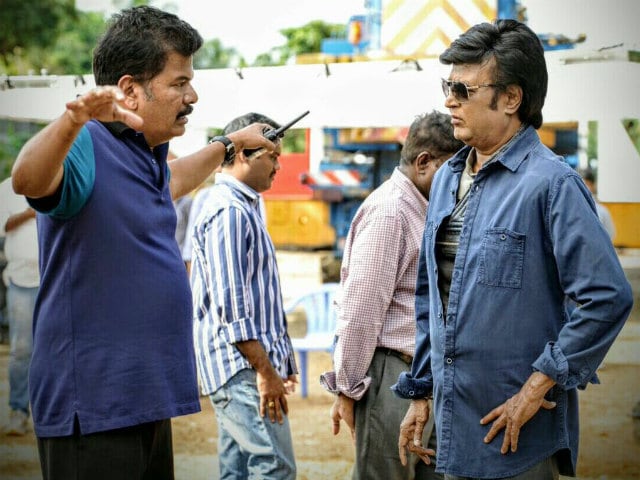 Mumbai: Superstar Rajinikanth shared a teaser of the first look of his hugely anticipated film with Shankar, 2.0. The first look of the film will be revealed on November 20, Rajinikanth informed on the poster, which features Akshay Kumar, who plays an eccentric scientist in the film:

Akshay still looks like the Birdman and mad scientist crossover, dressed in a black feathery costume with a grey hairdo. Fan clubs tweeted Akshay's pictures while he was shooting for the film in Delhi, earlier this year:

Akshay's character in the film, named Dr Richard, is reportedly a scientist who turns into a crow.

Meanwhile, filmmaker Karan Johar has been roped in to host the event in which the first look of the film will be launched. According to an official statement by Lyca Productions, the event will take place in the city's prestigious Yash Raj Studios in the presence of the film's entire cast.

The makers also confirmed that Karan has been handed over the responsibility to moderate the event, which will be organised on a very big scale.

Promoted
Listen to the latest songs, only on JioSaavn.com
2.0 is the sequel to 2010 Tamil blockbuster Enthiran (Robot in Hindi) and it is reportedly being made on a lavish budget of Rs 350 crore.

The film also stars Amy Jackson, Sudhanshu Pandey and Adil Hussain and its music has been composed by AR Rahman.