Karan Johar On Twins Roohi And Yash's Premature Birth: I Was Terrified 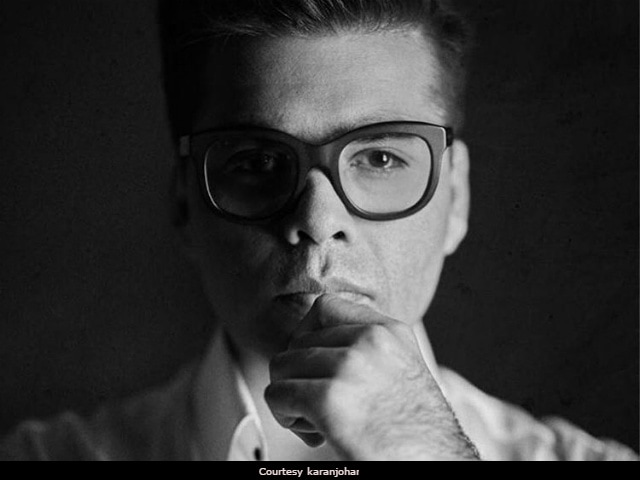 New Delhi: Karan Johar opened up about the premature birth of his twins Roohi and Yash, in a heart-felt statement he unveiled on Monday. "Even the most anticipated events can sometimes leave us shaken, confused. And events that occur without any warning can turn our worlds on their very heads. My children were born two months premature and worryingly underweight. Like any person in this situation and on the brink of fatherhood, my heart sank," reads Karan's statement. Karan, who attached the text of his statement in a tweet, thanked everyone for the love and support. "My mother and I remain eternally grateful from the bottom of our hearts for all the love and care that were given to Roohi and Yash Johar," he wrote in a tweet. Karan became the father of twins through surrogacy last month and the baby news was shared in March in a tweet.

"Knowing that there were complications with my babies' birth owing to how soon it was, I was terrified. All I wanted to do was hold them and protect them but they needed to be in the NICU. It was painful to see how tiny they were. Thankfully, I had a great support system. Roohi and Yash were in the hands of the most competent and patient doctors. Something that had its roots in an ordeal, soon turned into an experience that I will never forget," Karan added in his post.

My mother and I remain eternally grateful from the bottom of our hearts for all the love and care that were given to Roohi and Yash Johar... pic.twitter.com/G18HsgTkXl

The medical and legal team are the spine and strength...and my children and me will remain forever indebted....

Through the months before the birth of my children Roohi and Yash...my strong legal team gave me unconditional love,support and counselling.

The 44-year-old filmmaker has earlier told PTI that seeing his children for the first time was the "most surreal" feeling ever. "When I saw them for the first time, I didn't realise there were tears rolling down. I couldn't believe they were two big pieces of me who are staring at me, who are innocent, vulnerable. It was the most surreal overwhelming emotion I have ever experienced," PTI quoted Karan as saying.

Promoted
Listen to the latest songs, only on JioSaavn.com
Celebrated filmmaker Yash Johar and Hiroo Johar are Karan Johar's parents. Karan has named the baby boy after his late father, who died in 2004.

Karan Johar joins the league of other Bollywood actors who embraced parenthood via surrogacy. Aamir Khan and his filmmaker wife Kiran Rao are parents to five-year-old Azad, who was born via surrogacy. Actor Tusshar Kapoor also became a single father via surrogacy last year.