Kapil Sharma on Taking Digs at Krushna Abhishek: I Focus on My Work 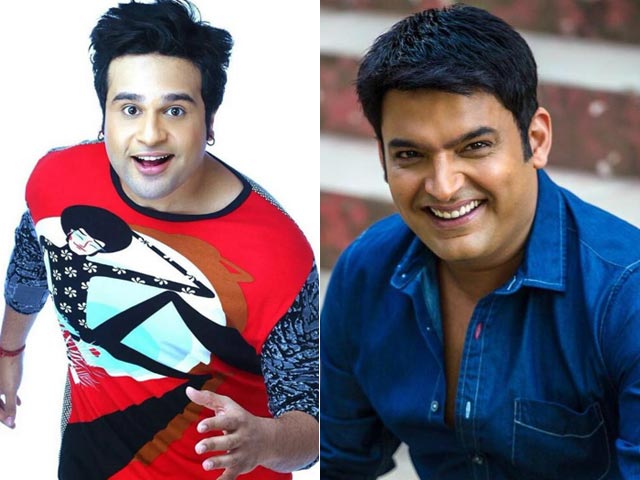 Mumbai: Comedian-actor Kapil Sharma, who has watched Comedy Nights Live show that has replaced his popular Comedy Nights With Kapil, is of the opinion it is 'different' from his show. (Also Read: Kapil Sharma Says Shah Rukh May Come on His New Show For Fan)

"Yes, I did watch it. They're doing it in a different way. it's not like how we did it. We then got busy with our show. If we keep looking at others, when will we do our work," he said at the launch of his new show The Kapil Sharma Show.

Comedy Nights Live, hosted by actor-comedian Krushna Abhishek, has replaced Kapil's popular show after Kapil fell out with Colors channel due to various reasons. After weeks of speculation, Kapil is out with The Kapil Sharma Show on Sony channel.

About the controversy created by the whole incident, Kapil said, "What do you call a controversy? I feel that when you are working and people love you a lot, any news related to you becomes a news. I don't think I created any such controversy, or that I had any such intention."

"There is no competition as such; our purpose is to make people laugh. The team is the same, everything else is the same. If we keep those things in mind, then we won't be able to work. We are making the show in a very positive way. Hard work is there in our blood; we do it day and night, so we'll do it for this show as well. So obviously, it will be good."

The famous comedian said he had trust in his friends and in their talent. "Whatever they'll do, they'll do it well; so I feel that if you try to do something with good intention, there is no need to differentiate with anyone," he said.

Krushna and Kapil haven't been the best of friends, since the time both were part of Comedy Circus show. Krushna's show Comedy Nights Bachao on Colors was talked about as one of the reasons for Kapil's displeasure with the channel.

"Our intention is to make 150 crore people in India happy, I don't believe in all that; we focus on our work, so I don't think I'll do it."

The Kapil Sharma Show will go on air on April 23.