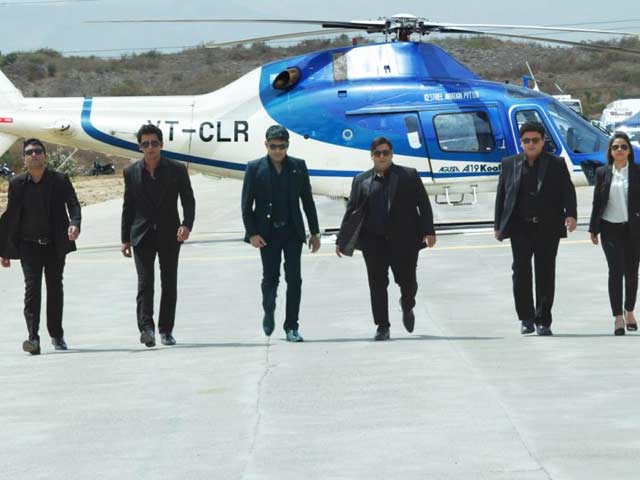 This image was posted on Facebook by Kapil Sharma

Mumbai: He has invited biggest celebrities from Bollywood and sports on his popular TV show and now, comedian Kapil Sharma wishes to have politicians as guests on his new show. One such celeb includes Prime Minister Narendra Modi, whose story he finds 'inspirational'.

"I wish to have Mr Narendra Modi on our new show. I was watching television recently and saw Mr Barack Obama on Ellen's show (on The Ellen DeGeneres Show) and it is great. We should also have politicians connecting with people," Kapil said in an interview here.

"If we have Mr Modi on the show we will not talk about politics, party and all. I would love to know how a man from a small town has come this far and became the PM of our country.

It's an inspirational story. I will try and talk to him," he said.

Kapil said he was happy that his previous show Comedy Nights with Kapil, which aired on channel Colors, had ended as he was now getting the opportunity to try something novel.

"I feel it is good that show got over as we got the opportunity to do something different as the characters were fixed. Now that we have a new show, everyone is excited. We are making a different show," he said.

Apparently, all was not well between Kapil and Colors.

Gossip mills were also rife with the rumours that Kapil was insecure about fellow comedian Krushna Abhishek's show Comedy Nights Bachao which also aired on the channel. Krushna had claimed there was 'rivalry' between him and Kapil.

Kapil, however, clarified that though he had some differences with the channel, there was no friction between him and Krushna.

"I had some issues with the channel some differences. We both did a show called Comedy Circus, together. There is nothing like that," he said.