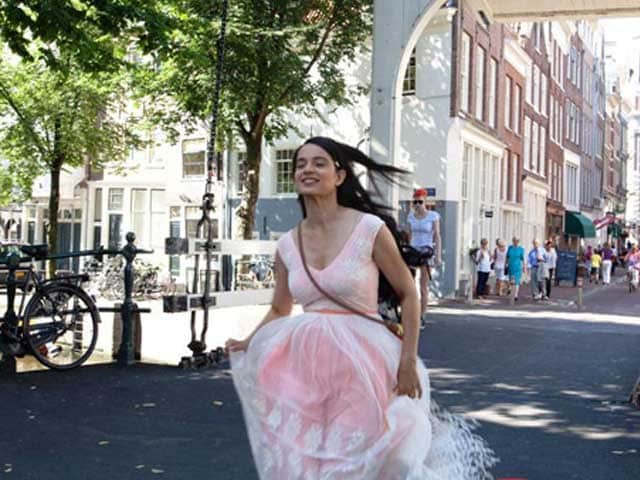 Kangana Ranaut in a still from Queen

Kangana Ranaut's performance as 'Rani from Rajouri' in the Vikas Bahl-directed Queen has fetched her the National Award for Best Actress, it was announced on March 24. (List of Winners)

This is Kangana's second National Award after she won Best Supporting Actress for her performance as a drug-addicted model in Madhur Bhandarkar's Fashion in 2008. Kangana, who does not attend Bollywood award shows (and wasn't present to collect the Filmfare prize for Best Actress she won this year), told NDTV yesterday that she had 'no idea' that she was in the National Award race but would accept it in person if she won. (Also Read: Kangana on 'Feeling Old,' Marriage and Possibly Playing Meena Kumari)

The Supporting Actor awards went to Tamil actor Bobby Simha for Jigarthanda and Baljinder Kaur for the Haryanvi-language Pagdi The Honour.

Mary Kom, starring Priyanka Chopra, was named Best Popular Film Providing Wholesome Entertainment. Director Omung Kumar told NDTV, "It's the biggest high anyone could get. I'm top of the world, a dream come true, my first film and this honour is overwhelming."

The National Awards will be handed out by President Pranab Mukherjee on May 3 in New Delhi's Vigyan Bhawan. Veteran actor Shashi Kapoor will also receive his Dadasaheb Phalke Award at the ceremony.