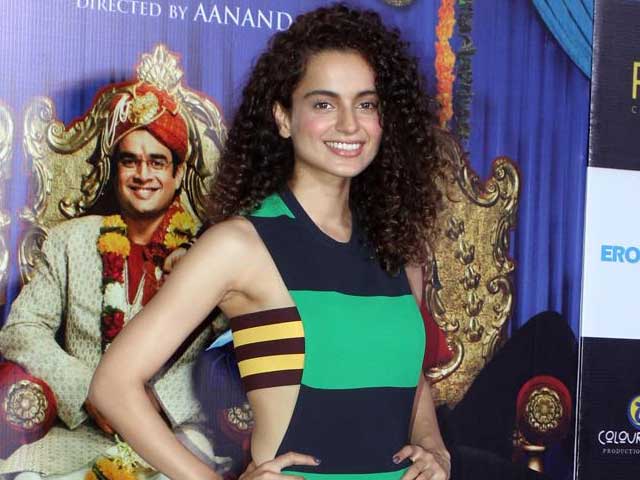 Kangana won the National Award for the 2014 film Queen

Kangana Ranaut, named Best Actress at this year's National Film Awards for her performance in Queen, says she is excited about next month's ceremony when she will receive the honour. The 62nd National Awards will be held on May 3. The 28-year-old actress has shunned award shows in the past, the most recent being the Filmfare Awards, where she won the Best Actress award for Vikas Bahl's coming-of-age drama.

"I am looking forward to attending the National Awards. I don't like attending commercial award shows. But National Awards are different," said Kangana at the launch of new jewellery line Sunar. The actress will be next seen in Aanand L Rai's Tanu Weds Manu Returns, which is the sequel to 2011 film Tanu Weds Manu. The trailer of the film, also starring R Madhavan and Jimmy Shergill, has been given a thumbs up by the audience as well as the film industry.

"The second part is equally nice. I hope you all will enjoy it. I am happy that people have liked the trailer. I can assure you that the film is even better," said Kangana, who will be seen in a double role in the movie.

Promoted
Listen to the latest songs, only on JioSaavn.com
Tanu Weds Manu did good business at the box office. When asked about her expectations from the sequel, she said, "The film should do well. It is important for films to do good business as it benefits the whole movie industry."

Tanu Weds Manu Returns will hit theatres on May 22.