Kangana Ranaut Is a 'Very Big Fan Of Tamannaah's Work' 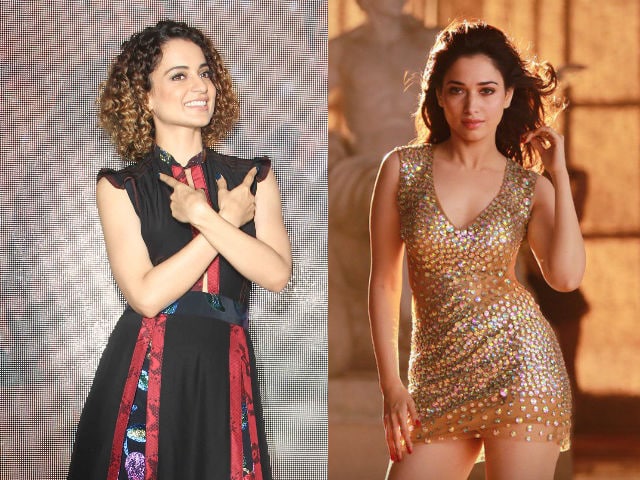 Mumbai: Actress Kangana Ranaut, who unveiled the title track of Tutak Tutak Tutiya on Monday, says she is a big fan of Tamannaah Bhatia who stars in the film.

"I think the film is going to be full of fun. This is a comedy-horror film, which is amazing because we either make comedy or horror. It's nice that it's something very new. I think it's going to be quite a cocktail of feelings," said Kangana at the event in Mumbai.

"I am a very big fan of Tamannaah's work also. I have seen her films. I feel I have never seen her give such a performance where she is possessed. I am really looking forward to it," she added.

Directed by Vijay, Tutak Tutak Tutiya, which is Sonu Sood's own production, features Prabhudheva and Tamannaah in the lead. The film is slated to release on October 7.

Sonu may have ventured into production with this film, however, Kangana says she is more interested in direction.

Promoted
Listen to the latest songs, only on JioSaavn.com
"I am not interested in production right now but you never know. I am more interested in direction and not production. I think Sonu Sood will help me with production."