Kangana Ranaut Intends To Direct Her Own Biopic, Says It Won't Be 'Propaganda'

"I'm emboldened by the love of the people around me, who have never judged me but accepted me for who I am," said Kangana Ranaut 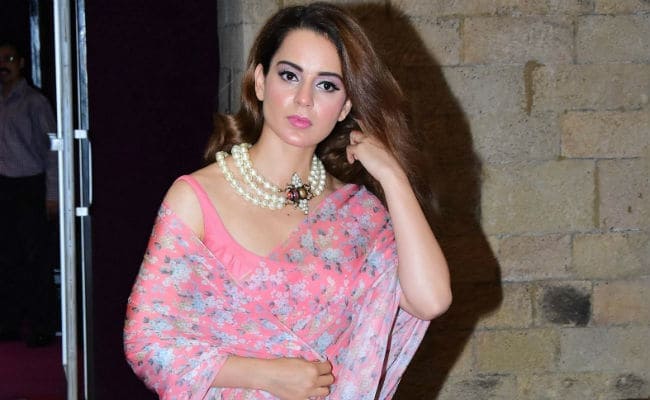 Actor Kangana Ranaut will soon bring her own life story to the big screen as a director and says the project won't be "propaganda". With a script written by Baahubali writer KV Vijayendra, who also wrote Manikarnika: The Queen of Jhansi, the film will go on floors by the end of this year in October-November.

"My own story is the subject of my next directorial. But it is not propaganda film with characters who are starkly black and white, rather it is a sincere, heartfelt account of my journey so far with plenty of lighter moments," Kangana said in a statement.

"I'm emboldened by the love of the people around me, who have never judged me but accepted me for who I am," she added.

According to the actor, Vijayendra "urged" Kangana, around 12 weeks ago, to let him write a film based on her life. "I was nervous and wary initially, but then, given his stature and the fact that I trust him implicitly, I gave Vijayendra sir the go-ahead on the project."

Kangana said the film will focus on various aspects of her life but would not name people who have had differences with her in the past.

"How can I show my journey without people, I can't be walking alone. But we will not be taking any names. The idea is to project me and my life with all its highs and lows."

"In the end, it is the story of an achiever, a girl from the mountains who came into Bollywood without any connections in the industry or even a godfather, and went on to carve a niche for herself against all odds," she added.