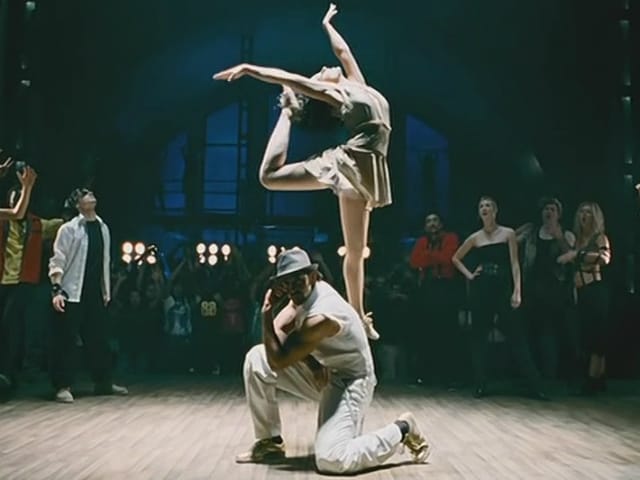 A still from the song Fire.

New Delhi: You might have seen an old video of actors Kangana Ranaut and Hrithik Roshan dancing being shared on your Facebook feed or Twitter timeline. There appears to be no good reason why a video uploaded on YouTube in 2010 is suddenly gathering social media steam - apart from the fact that anything remotely related to the currently warring stars is feeding public interest.

So, whatever, the minute-and-a-half clip that has been excavated shows Kangana and Hrithik rehearsing their routines for the song Fire from their 2010 film Kites - they aren't even practicing together but, again, whatever.

For those who need help with the Kangana-Hrithik story, the actors allegedly began a romance sometime between Kites and their 2013 collaboration Krrish 3. The relationship was kept a state secret and then fell apart. Hrithik, 42, and Kangana, 29, are now at legal loggerheads, having exchanged legal notices after Kangana referred to 'exes who do silly things' in the press. There have been reports of a wedding proposal quickly undone by allegedly controlling behaviour on Hrithik's part. Hrithik Roshan also claims that an imposter had mail conversations with Kangana pretending to be him and wants the cyber cops to investigate.

A statement from Hrithik some weeks ago said that he "followed the legal path to resolve the matter in question so as to keep it private." Kangana, who has just won the Best Actress National Award for Tanu Weds Manu Returns, said simply, "I will speak about it, but for now please give me space." (Also Read: We Heard From Hrithik Roshan. Here's What Kangana Ranaut Says)

Watch the actors rehearsing for Kites:
Here's the song they were practicing: