Manikarnika row: Krish alleged 70 per cent of the film's final version was shot by him while Rangoli Chandel says it's Kangana's work 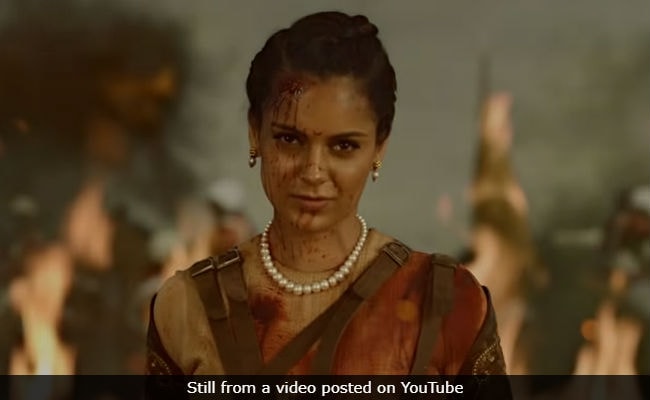 Kangana Ranaut in and as Manikarnika. (Image courtesy: YouTube)

Kangana hasn't only given an outstanding performance she's also elevated thefilm toanother level thru her Direction n commitment.Let not any controversy take that away from her. It's been a tough journey n am all fr celebrating everyone's contribution. Here's 2team #Manikarnika

After Manikarnika opened in cinemas on Friday, Krish alleged in several interviews that most of his work has been retained in the final version. "I saw the film. I'd say more than 70 per cent is mine. I remained quiet until the release. I had to remain quiet for the sake of the film and for the entire team which worked so hard on the film. Many people advised me to talk after the film was taken away from me," he told news agency IANS.

Kangana Ranaut's sister Rangoli Chandel on Monday tweeted that contrary to Krish's allegations, Kangana shot 70 per cent of the film with a team, which doesn't even know about Krish's contribution. She added: "If Krish can prove otherwise she (Kangana Ranaut) will apologise and take her name back."

I have spoken to Kangana and on her behalf I am officially declaring Kangana shot 70 percent of the film ( drama and action) with her primary DOP Kiran Deohans ,2nd DOP Sachin K Krishn and took 100 % final calls on edit with Rameshwar who Krish never met in his life ..@DirKrish

...and even current post team doesn't know Krish..... they have been brought on board by Kangna ....she single handedly delivered first copy her producer was unwell ....if Krish can prove otherwise she will apologises and take her name back ... @DirKrish

When Manikarnika was still in work-in-progress stage, Krish has left the project to begin filming the NTR biopic. At that time, it was reported that Kangana Ranaut will complete patch work and redo a few scenes.

Manikarnika: The Queen Of Jhansi is a biopic on Rani Laxmi Bai, who is counted among the first Indian freedom fighters. She led Jhansi's army in the Indian Mutiny of 1857 against the East India Company.