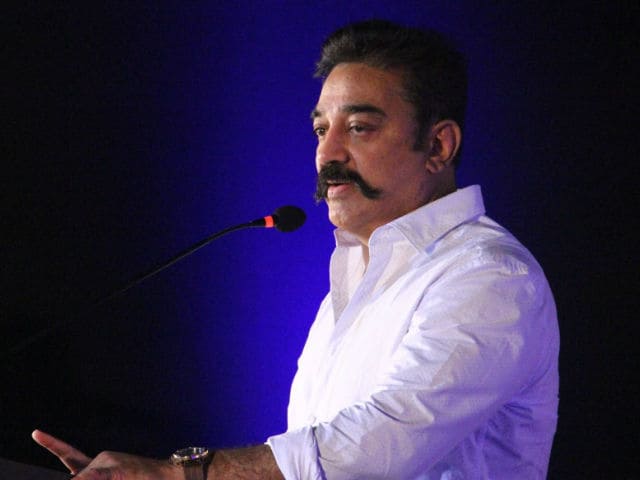 Chennai: Actor-filmmaker Kamal Haasan, who turned 61 on November 7, believes there are so many different ways to register dissent against government but returning awards is definitely not the best way to do so.

"People should seriously consider using podiums to raise their voice. I don't see the need to return awards. I received the National award from an eminent jury of 12 members and if I decide to return it, I'd be insulting them," he said at an annual event organized by his fans to celebrate his birthday.

He also said it's his wish to retain his award.

"They keep asking why I didn't return my award. In that case, Mahatma Gandhi should've also returned his law degree to the British government because he was against it. But he didn't do so, did he?" he asked. (Also Read: Dia Mirza Says Artists Have 'Every Right' to Return Awards)

Mr Haasan, who was criticized heavily for choosing to not return his National award last week, said he will only raise his voice against the government if it invades freedom.

"I will dissent against any government if it impinges on individual freedom of my fellow citizens. I will raise my voice against such intolerance and I'll do that regardless of any biasness," he said.

He also clarified that his decision to not return his award should not be interpreted as his party bias.

A number of filmmakers, scientists and writers have returned their awards to protest against "the growing intolerance in the country".