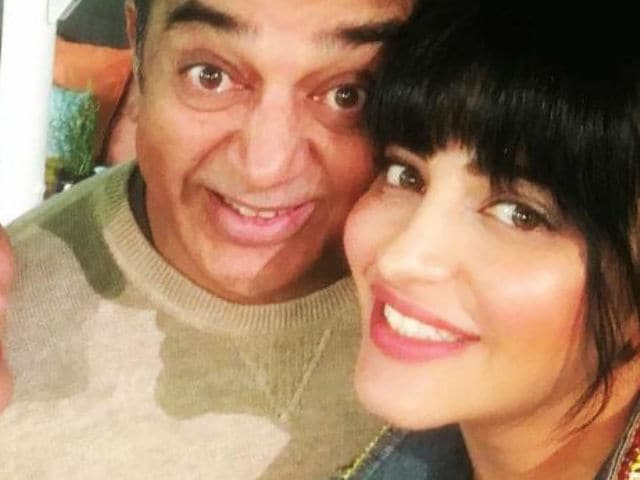 New Delhi: Two days after veteran actor Kamal Haasan slipped on the stairs of his office and fractured his leg, his elder daughter Shruti Haasan assured fans that he is much better now. Mr Haasan, 61, underwent surgery on his injured knee on Thursday. He was admitted to the Apollo Hospital in Chennai on Wednesday night.

A medical bulletin from the hospital said, "He underwent surgery. He is stable. He will be in the hospital for next 2-3 days," reported news agency PTI.

This is what Shruti tweeted on Thursday afternoon:

Thank you for all your messages of concern and well wishes - my father is doing much better !

A source close to the actor told news agency IANS: "On Wednesday night, he was taking the stairs and he suddenly slipped and lost control. The fall resulted in a minor fracture, but there's nothing to worry. He has been admitted in the Apollo hospital."

Mr Haasan and Shruti will co-star in Sabaash Naidu, their first film together. They will play father and daughter in the comedy, which is being directed by Mr Haasan himself.

Shruti Haasan, 30, has starred in films like Vedalam, Srimanthudu and Yevadu down south. In Bollywood, her movies include D-Day, Gabbar is Back and Welcome Back. She was last seen inRocky Handsome, co-starring John Abraham.

Kamal Haasan is admired for films like Chachi 420, Dasavathaaram, Hey Ram and Vishwaroopam.