Seems like we do have something in common with the actress 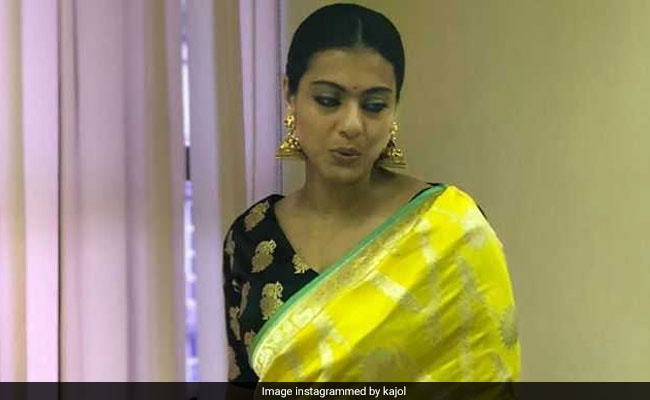 Anyone who has been following Kajol on social media, would be aware of the actress' amazing sense of humour and her latest Instagram post is not an exception. However, the post has made us slightly indecisive about what we liked more - Kajol's candid expression in the photograph or the hilarious caption. On Wednesday, Kajol shared a photograph of herself dressed in a yellow saree and captioned the post: "Whiling away the week .... It's a hmmmmm day." Kajol's post received over 90,000 likes on Instagram within a few minutes. No points for guessing that the comments section was full of interesting comments from fans. Kajol's caption got a lot of thumbs up from fans and a section of the Internet found her post extremely relateable. "I totally feel you Ma'am," wrote a fan. "This is so relateable," read another fan.

Kajol's fans frequently get a dose of the actress' amazing sense of humour through her Instagram posts. Take a look at some of the posts here:

On the work front, Kajol was last seen in Pradeep Sarkar's 2018 film Helicopter Eela, co-starring Riddhi Sen and Neha Dhupia. Kajol has not announced any projects as of now. However, according to a recent Mumbai Mirror report, the actress recently shot for a song in Om Raut's forthcoming film Taanaji: The Unsung Warrior, which stars her husband Ajay Devgn in the lead role.