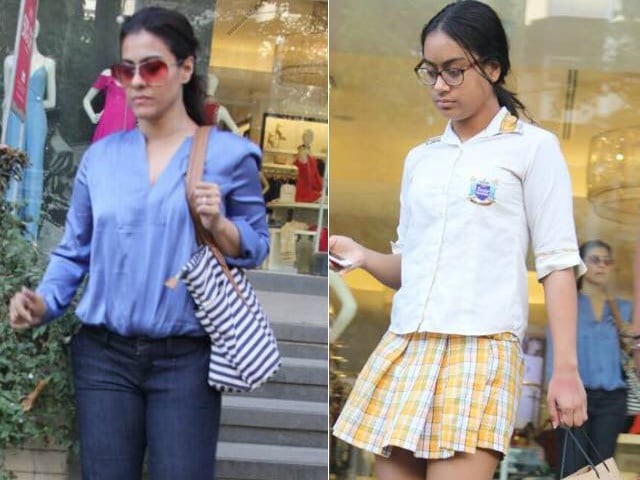 Kajol and Nysa photographed in Mumbai

New Delhi: Who says you can't go shopping on weekdays? Actress Kajol and her almost-all-time-partner, teenaged daughter Nysa, went out shopping on Tuesday at a label store in Mumbai and the paparazzi followed. Nysa was photographed dressed in her school uniform while Kajol was spotted in comfortable wardrobe picks - a blue cotton top and denims. It appears to have been a successful shopping venture for Nysa, who came out of the store carrying a Charles And Keith shopping bag. However, neither Kajol nor Nysa was perturbed by the presence of paparazzi and were also not in a mood to smile! Who so serious, Kajol? 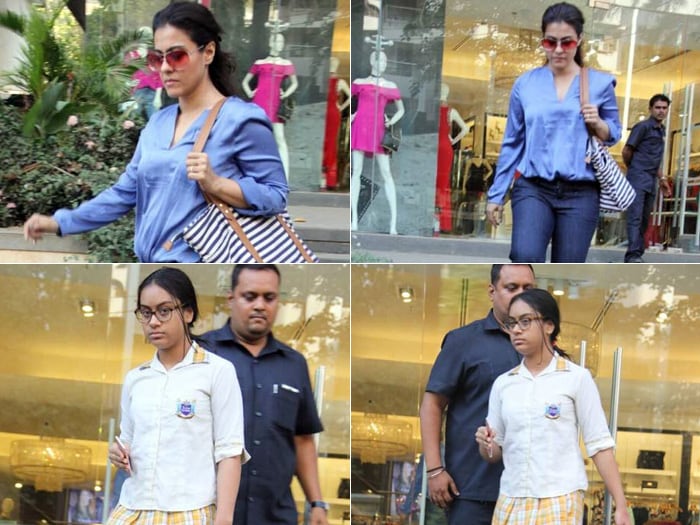 Kajol and Nysa spotted in Mumbai

Shutterbugs rarely get to click Kajol and Nysa hanging out together around Mumbai but pictures of the two often finds place in the Dilwale actress' Instagram and on the social media accounts of her husband Ajay Devgn.

Talking about Nysa's career plans, Kajol had said in an interview to news agency PTI: "She has no aspirations towards anything right now because she is too young. She is right now leaning towards no homework and vegetating on the sofa. She is in that space and enjoying and acting isn't on her mind."

Promoted
Listen to the latest songs, only on JioSaavn.com
However, Kajol is also a fan of Nysa's sense of humour and has been memorably been trolled by her daughter on Instagram. "My daughter has a fantastic sense of humour. Love her sense of humour. She just keeps me in splits most of the time. She is so, so witty. Sometimes she is a little sarcastic and she's so funny," Kajol had told NDTV.

Shah Rukh Khan's Dilwale was Kajol's last film. Next, she will co-star with south superstar Dhanush in VIP 2.