And, we can’t hold on to our excitement 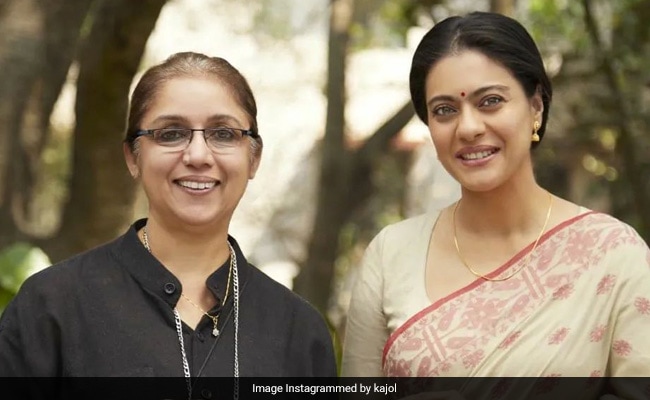 Thank you, Kajol, for making our day with such a wonderful piece of news. She has started shooting for her upcoming film Salaam Venky. Isn't it great? Kajol has shared the happy news on Instagram. And, we can't hold on to our excitement. The film is directed by Revathy Asha Kelunni, who is popularly known as Revathy. Kajol has also dropped pictures featuring herself and Revathy Asha Kelunni with the clapboard in their hands. In the next frame, we can also spot producers Shraddha Agrawal and Suuraj Sinngh. For the caption box, Kajol wrote, “Today we begin the journey of a story that needed to be told, a path that had to be taken and a life that had to be celebrated. We can't wait to share this unbelievably true story of Salaam Venky with you.”

Salaam Venky is based on a true story. As per PinkVilla, the movie narrates the tale of a mother and how she deals with the challenges thrown at her.

Kajol's announcement has created a lot of buzz on the social media platform. Fans of the actress have sent their warmest wishes to Kajol and team for the upcoming venture. And, there was a comment from Kajol's sister, actress Tanishaa Mukerji too. She wrote, “My golden girls. Everything you do is gold baby. All the best."

As per a PTI report, the film was earlier titled Last Hurrah. The project was announced in the month of October, last year.

Back then, Kajol had shared her excitement with a set of happy pictures on Twitter. “So happy to announce my next film with the super awesome Revathy Asha Kelunni directing me.. called “The Last Hurrah”. A heartwarming story that made me instantly say yes. Can I hear a “Yipppeee” please?” the  caption read.

Kajol was last seen in the Netflix film Tribhanga. Tanvi Azmi and Mithila Palkar were also part of the movie. On the other hand, Revathy Asha Kelunni made her directorial debut with Mitr, My Friend. For this movie, she won the National Film Award under the category Best Feature Film in English.