Justin Bieber May Appear On Karan Johar's Koffee With Karan 6

"This will be the first time an international celebrity of Bieber's caliber will be featuring in an Indian chat show format," said a source 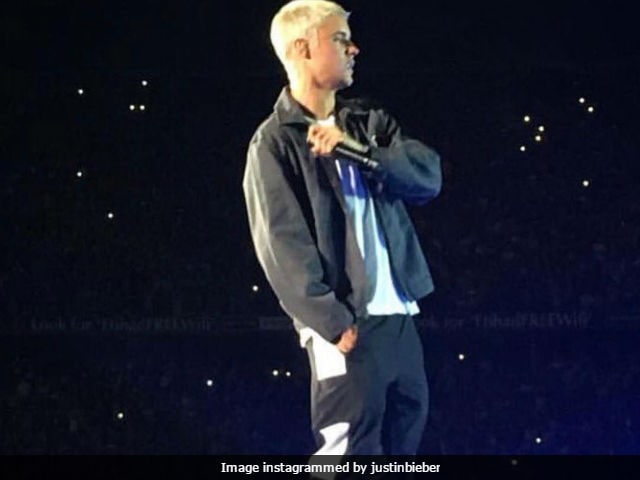 New Delhi: Canadian singer Justin Bieber is all set to perform at Mumbai's D Y Patil Stadium on May 10 as part of his Purpose World Tour. The 23-year-old singer might be in conversation with filmmaker Karan Johar on his popular talk show Koffee With Karan during his visit to India, news agency IANS quoted a source as saying. Season 5 of Koffee With Karan ended on March 19, but in a tweet, the 44-year-old director had promised to return. "This will be the first time an international celebrity of Bieber's caliber will be featuring in an Indian chat show format," IANS quoted a source as saying.

"He will definitely do full justice to this one-on-one exchange if Bieber actually does decide to reserve a time slot for it in his busy schedule," a source told IANS.

As per IANS reports, superstar Salman Khan's bodyguard Shera will head the team in-charge of Grammy-winning singer Justin Bieber's security during his visit. Mumbai Police will also be providing the singer with Z level security. During his stay in India, Justin Bieber will travel in Rolls Royce while his entourage will be driven around in luxury sedans and two buses.

Actress Jacqueline Fernandez will be hosting Justin Bieber during his tour in India. The 31-year-old actress will be styled by Hollywood fashion stylist Paris Libby.

Promoted
Listen to the latest songs, only on JioSaavn.com
Justin Bieber's performance will comprise of songs like Baby, Boyfriend, What Do You Mean? and Get Used To It. Apart from Mumbai, Justin also plans to visit New Delhi, Agra and Jaipur.