Just Some "Very Casual" Pics Of Anushka Sharma Flexing In A Park. Don't Ask Why

For Anushka Sharma, a day in the park looked like this 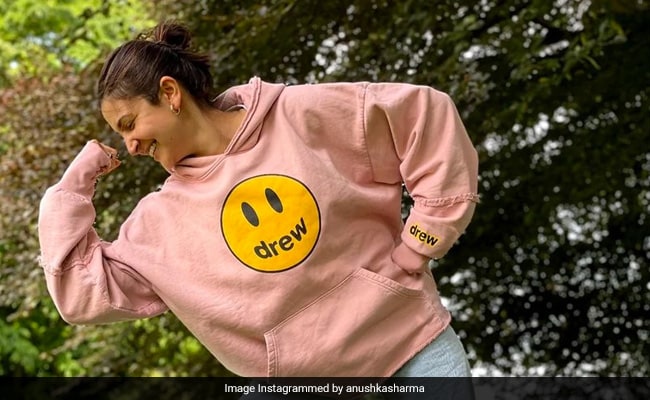 Anushka Sharma loves a good outing, especially if it's a trip to the park. Anushka is currently in England with Virat Kohli - Team India's five-match Test Series with England began today at the Trent Bridge in Nottingham. On Wednesday, Anushka shared a bunch of adorable photos on Instagram and added an ROFL caption to it: "Some very casual posing in the park," she wrote in Hindi but the photos are self-explanatory that there's nothing "casual" about them. From flexing to stretching, Anushka's photo album has glimpses of all her moods. In her new album, Anushka looks cute as a button in a pair of ripped denims and a pink sweatshirt. Looks like Anushka is a fan of Justin Bieber - her hoodie is from the singer's clothing like Drew House.

For Anushka Sharma, a day in the park looked like this:

Just days ago, Anushka Sharma felt like a butterfly and posted these photos of herself. Virat Kohli had to ask for photo courtesy in the comments section: "Who took these pictures?" he wrote.

Earlier, Anushka had shared more photos from her park visits - she was joined by not only Virat Kohli but also their daughter Vamika. It was her six-month birthday. "Happy six months to us three," Anushka had written.