Just Shahid Kapoor Being His Cheesy Self. Bonus: A Mushy Pic With Mira (Inside)

Shahid Kapoor has shared a love-filled photo with Mira Rajput 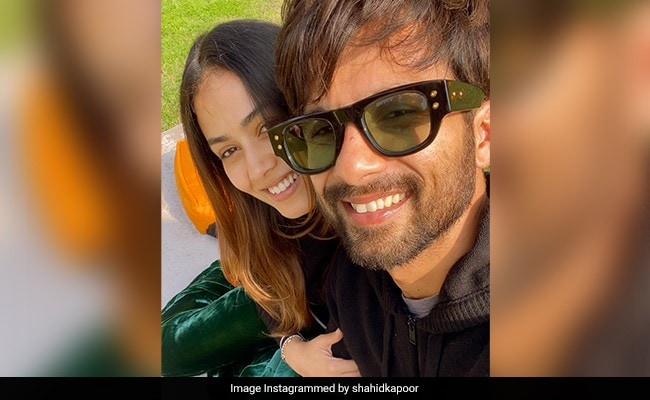 Amid hectic schedules, Shahid Kapoor has taken out time to express his feelings for his wife Mira Rajput. On Wednesday, Shahid shared a candid and love-filled photo with Mira from the screening of his upcoming movie Jersey and across it, he wrote, "No one else I'd wanna be with right now." Isn't it the sweetest? Shahid Kapoor is busy promoting his upcoming movie Jersey, which will release on Friday in cinemas. The film also has Mrunal Thakur and Pankaj Kapur in lead roles. Jersey is the official Hindi remake of Nani's film with the same name. 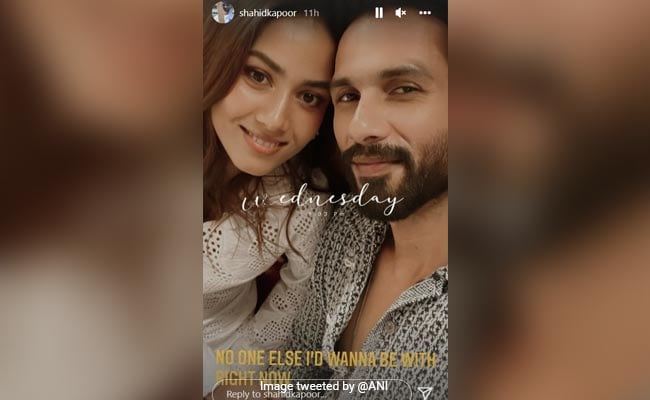 On Women's Day 2022, Shahid Kapoor had shared a photo of his mother Neliima Azeem, and wife Mira Rajput with the caption that reads, "These 2 are enough for me to know how much of me and my life is guided supported and dedicated to and by women. And to see them every day doing their thing, is a thing of beauty in itself. Here's to every woman. Not just today but every day. You all make this world a much better place. Despite us."

Not always mushy and cheesy posts, Shahid and Mira are also seen posting funny photos and videos of each other. Once, Mira Rajput was checking her phone and Shahid Kapoor had captured her and shared the video with the caption, "Her first love is what she is staring at. But I'm ok being her second love also. . What to do. . Love is like that only .. #winterlove."

Shahid Kapoor and Mira Rajput got married in 2015 in Delhi. The wedding was attended by close family members. In 2016, Mira and Shahid welcomed their first child and named her Misha Kapoor. Mira and Shahid's son Zain Kapoor was born in September 2018.

On the work front, after Jersey, Shahid Kapoor has Raj and DK's next with Raashi Khanna.